Logistics Giant SF Goes on a Deal-Making Spree, Capitalizing on a Bumper 2020 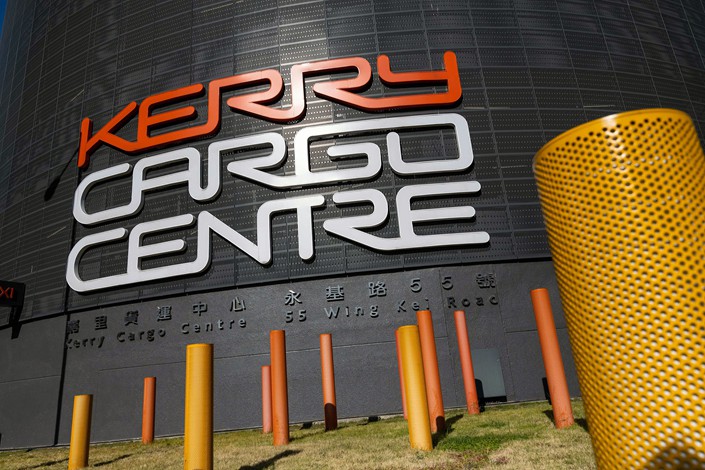 The Kerry Cargo Center, home to the headquarters of Kerry Logistics, in Hong Kong on Feb. 5. Photo: VCG

SF Holding Co. Ltd., one of China’s top express delivery firms, has embarked on a deal-making spree, including a $2.2 billion acquisition, a $3.4 billion private placement and an IPO for a subsidiary as it seeks to boost automation and expand its scale.

The delivery giant will shell out HK$17.56 billion ($2.27 billion) in cash for a 51.8% stake in Hong Kong-listed Kerry Logistics Network Ltd., which is currently owned by Malaysian business tycoon Robert Kuok, according to a joint statement filed to the Shenzhen Stock Exchange on Tuesday. The deal is expected to enhance SF Holding’s logistics solutions and complement the layout of its international business, said the statement.

Shares of Shenzhen-based SF Holding surged 10% after trading began on Wednesday, hitting the daily limit and triggering a trading suspension, while Kerry Logistics’ climbed 5.54% in Hong Kong on the same day.

The acquisition deal would expedite the expansion of SF Holding’s delivery business network in Southeast Asia, especially in Thailand and Vietnam, said a report by Everbright Securities on Wednesday. Global player Kerry Logistics has an entrenched delivery business, with about half of its facilities located in Asia at the end of 2019, and has a 50,000-square meter logistics center in South China’s Hainan Free Trade Zone that is set to come online in 2023.

The deal is still awaiting approval from regulators, including the Hong Kong Stock Exchange and China’s top economic planner.

Besides the potential for synergy, industry insiders view the deal as a way for SF Holding to gain access to Hong Kong’s capital market without needing to launch a secondary listing. The company in November last year denied reports it was considering a $5 billion IPO in the Asian financial hub.

Also on Tuesday, SF Holding announced plans to raise up to 22 billion yuan by issuing no more than an additional 10% of its total shares in a private placement. Over a quarter of the taking will be used for equipment upgrades and another 5 billion yuan will be earmarked for a transit center project in the central province of Hubei.

The company said in a Wednesday statement that it will consolidate several of its property assets into a new company — SF Real Estate Investment Trust — which it will seek to list in Hong Kong. “The IPO will … enrich the company’s cash flow and further support the company’s expansion in scale,” said the statement.

Executives said in an investor meeting on Jan. 19 that SF Holding will spend big on upgrading its gear and facilities this year, automating more processes and expanding its transit centers.

Capitalizing on demand for online shopping amid the Covid-19 pandemic, last year SF Holding’s revenue jumped 39.1% year-on-year between January and September to 109.6 billion yuan, and its profit increased 29.8% to 5.6 billion yuan. As of Wednesday the company was valued at $82.8 billion — about $14 billion more than its much larger international rival FedEx Corp.