Opinion: What the U.S. Can Learn From Foreign Multinationals in China 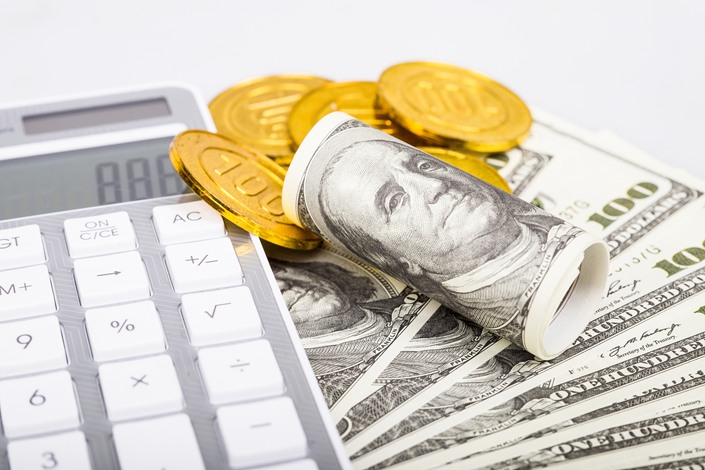 Significant and fundamental changes are happening in the business sphere in China. Instead of leaving China as some asserted at the peak of the pandemic in China last year, multination corporations (MNCs) are doubling down in China. In fact, China’s foreign direct investment in 2020 rose by 4%, while in the U.S., it declined 49%, making 2020 the first year China has overtaken the U.S. as the top foreign investment destination.

Recent data from MNCs in China echoes similar sentiments. The American Chamber of Commerce in South China’s 2021 studies showed that over 70% of US companies surveyed have budgeted to reinvest and expand their businesses and market share in China this year. In the “Business Confidence Survey” released this month by the German Chamber of Commerce in China, 72% of respondents are also planning further investments in China.

Despite the pressure applied throughout the Trump era from the U.S. causing major antagonism towards China, China has continued on a path to reform and open up market access to foreign companies.

For example, China has started to open up the previously rather restricted financial services sector. BlackRock has approval to set up a wholly-owned asset management business in China and earlier this month, PayPal became the first third-party payment platform with 100% foreign ownership in China.

China has also abandoned the policy requiring foreign automakers to form 50-50 joint ventures with local companies. Tesla quickly took advantage of this change and built its state-of-the-art “gigafactory” in Shanghai, while Volkswagen raised its stake in its joint venture with local partner JAC Motors to 75%.

With China accelerating deregulation, the size of its market coupled with the government policies and the ingenuity of local enterprises are generating what’s possibly the world’s most competitive sectors at this moment. MNCs have largely awakened to the fact that China is innovative and for them to compete effectively, they will need to learn from China and create the best innovative approach for the China market.

For example, when the Chinese government push for new energy vehicles, Tesla is just one competitor, other Chinese players such as Nio, Xpeng, and BYD are also active in the same space. Furthermore, connectivity and autonomous driving technologies are all being incorporated into vehicles, requiring automakers to consistently and continuously to innovate. In order to remain competitive, large incumbent foreign automakers are trying to innovate, but also adopt China-specific products and service models. Herbert Diess, CEO of Volkswagen, recently said “China is a huge opportunity. China is also technologically advancing fast.”

In the consumer sector, local companies are also challenging the fast-moving consumer goods giants like Procter and Gamble, Unilever and L’Oreal with innovations in areas such as social commerce. The use of key opinion leaders (KOLs) has revolutionized the entire shopping experience by creating powerful social interactions with consumers through popular apps including Douyin (the Chinese version of TikTok), Billibilli and Kuaishou. Chinese beauty brand Perfect Diary has mastered the use of KOLs, activating the entire spectrum of KOLs (celebrity, top-tier, mid-tier, micro and key opinion consumers). From January 2019 to September 2020, Perfect Diary was the only color cosmetics brand on leading Chinese e-commerce platform Tmall, to achieve over 100 million yuan ($15.4 million) in monthly sales.

MNCs are increasingly finding that innovations developed in China have further potential in other parts of the world. When Panasonic developed a sterilization function for their washing machines specifically targeted for Chinese consumers, the same function was adapted to refrigerators for Japan’s consumers. Many Western retailers are now actively studying the omni-channel constructs and fulfillment models of local e-commerce pioneers like Taobao and JD.com.

The China head of a large U.S. industrial company once told me he thought he came to China to teach but after some time, he recognized he was in China to learn. Another large U.S. client told me their board of directors instructed the China team to seek how to leverage the China knowledge to help businesses in other parts of the world. BMW has taken its Munich-based Startup Garage program to China in order to gain exposure to new innovative technologies, such as electrification and automation, from a more advanced local ecosystem.

These latest views indicate a material change in the MNCs’ perspective on China. China isn’t just about a source of hard power (market size, profit and supply chain), it’s also becoming a source of soft power (innovation, knowledge and inspiration). This is due to China’s innate capabilities built by rigorous experimentations via the country’s governance approach — a combination of efficient top-down planning by the central government alongside an incredibly dynamic entrepreneur class. Local governments help provide the glue between these two as they implement the central government’s policies while supporting businesses to grow.

MNCs and their lobbyists have long complained about problems with operating in China, e.g., intellectual property theft, lack of market access, unfair competition and lack of transparency. While perhaps some of these might indeed be — or have been — problems, in the larger scheme of things, they are no longer the defining factors.

MNCs are now coming to realize this fundamental shift, that China’s growth and resilience have been driven largely by an internally-driven momentum and governance approach, aided by its connectivity with the rest of the world through international trade. MNCs can benefit by being a part of the game and strengthening their own overall competitive advantages, or end up being marginalized if they choose not to participate.

So, what does this mean to the new U.S. administration team? By now, people should realize that some form of collaboration while competing with China would generate the best return. The big question is how.

I believe the key is to accept that China has gone through rounds of material changes over the last several decades. The new reality renders the assertions of the “coming collapse of China” and the “Thucydides Trap” not helpful as policy guidelines. The Joe Biden team should also get out of the aggressor mentality and the blame or mockery mindset that have plagued many U.S. policymakers and influencers over the past four years. Instead, a better approach would be to develop an objective view and a deeper understanding of why China works, or doesn’t, and learn from the Chinese experiences, not simply brush aside everything that China has done due to ideological differences.

The U.S. shouldn’t just follow the old game book. It needs to find a new game, but that new game should probably start from within.