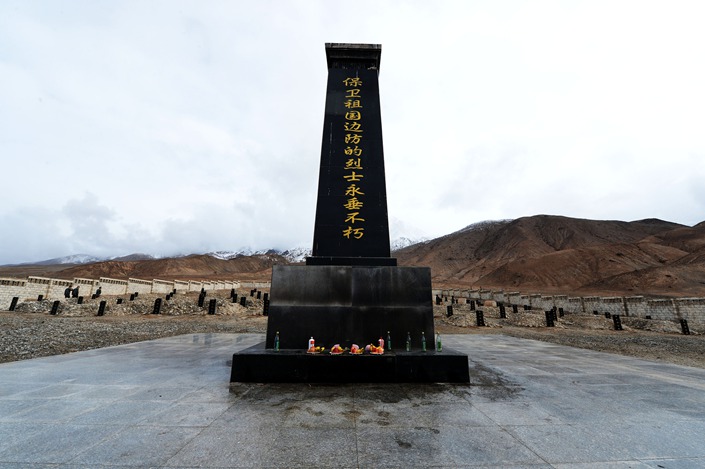 China has for the first time officially confirmed it suffered casualties during clashes with India last summer along a stretch of the two countries’ Himalayan border, with four soldiers dying and one left critically injured, state media reported Friday.

The revelation came about eight months after the first deadly conflict between the two sides in more than four decades. Defense ministry spokesperson Ren Guoqiang said in a Friday statement that the authorities were setting the record straight in the face of India “distorting facts” and “misleading international public opinion.”

In the wake of the June 15 clash, Indian media reported that the People’s Liberation Army (PLA) had suffered dozens of casualties. In September, Hu Xijin, editor-in-chief of nationalist newspaper the Global Times, wrote on Weibo that “at least one Chinese soldier was killed.”

On June 16, the Indian military said 20 soldiers were killed in the clash, three of whom were killed initially and the rest of 17 died later from their injuries amid exposure to sub-zero temperatures.

The two sides have since conducted nine rounds of negotiations to reduce border tensions. Last week, the two militaries announced a plan to pull back troops, tanks and other equipment from the banks of Pangong Tso, a glacial lake which has become a flashpoint in the Ladakh region border dispute.

The China-India border stretches nearly 3,500 kilometers (2,175 miles) along several sections, including through rough terrain high in the Himalayas.

The clash happened after Chinese soldiers found that Indian troops “illegally” crossed the Line of Actual Control (LAC) at the border and “outrageously” fired warning shots at Chinese border patrol soldiers who were about to enter into negotiations, according to Senior Colonel Zhang Shuili, spokesperson for the PLA Western Theater Command.

Qi, who led the negotiation, found that they were initially outnumbered by Indian soldiers who attacked them with clubs and stones. Qi suffered serious head injuries, reported the Chinese military’s official PLA Daily newspaper on Friday.

The other three soldiers —Chen Hongjun, Chen Xiangrong and Xiao Siyuan — were killed trying to rescue Qi, according to the PLA Daily. Wang Zhuoran, who was on his way to provide backup to the frontline unit, drowned as he tried to save his comrade while crossing a river, CCTV reported.