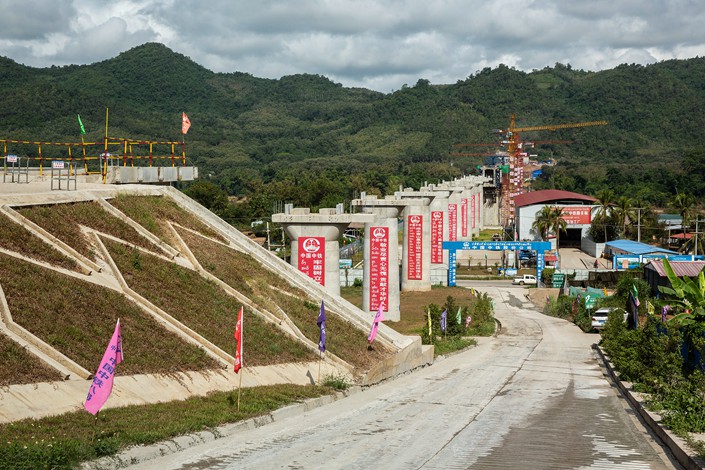 Laos' first-ever modern railway is slated to open for use in December 2021, promoting wider people's exchanges and new business opportunities. Importantly, it is being seen as a major achievement for China’s Belt and Road Initiative (BRI).

The new railway will connect Vientiane, the capital of Laos, to Boten, a town bordering China, a distance of about 422 kilometers. It is the Southeast Asian country's largest public works project ever, with a price tag of around $5.9 billion, nearly one-third of Laos’ GDP. It will carry both passengers and freight, with a maximum speed of 160 km per hour. Apart from the two terminals, there will be eight stations in between for passengers.

Starting in 2016, construction has stayed on scheduled despite the ongoing Covid-19 pandemic, as the Lao side allowed Chinese workers to re-enter the country despite other restrictions on movement. And despite technical challenges, almost all of the tunneling and bridge construction has already been completed.

According to a Xinhua report, as of December 2020, more than half of the track has been laid, with the railway scheduled to open on Dec. 2, Lao National Day, this year.

There are also plans for the railway to extend beyond the border of town of Boten and into China, connecting it with Kunming in Yunnan province, through another 595 km of track, and fully making it a Laos-China railway. It was recently announced that the Yuxin-Mohan section of the railway on Chinese side is expected to be operational at the end of the year.

As well as the China-Laos railway, the landlocked country also plans to develop other railways in other directions, in an effort to enhance the connectivity with its more developed neighbors, specifically Thailand and Vietnam.

In a recent interview, China’s ambassador to Laos, Jiang Zaidong, referred to the railway project and vowed that China would help Laos realize a strategy of moving from being a “landlocked country to a land-linked country” as soon as possible. He also confirmed that the completion of the railway construction is “not far away.”

Meanwhile, strategists believe that China hopes that the China-Laos railway will be extended to Thailand and beyond, including Malaysia and Singapore.

However, these hopes might be premature as Thai’s plan to connect Bangkok and Nongkhai, a border town with Laos, via high-speed rail has seen slow progress, while Singapore and Malaysia decided to scrap the Kuala Lumpur-Singapore high-speed rail project in December 2020.

Irrespective of difficulties in Thailand, Singapore and Malaysia, once completed, the China-Laos railway alone is expected to bring about economic benefits to Laos.

Norihiko Yamada, a Laos expert at Japan’s Institute of Developing Economies, told Caixin the railway is likely to boost Chinese tourists visiting Laos, in which the Laos government sees great economic potential. He also believes the cost of shipping agricultural products between Laos and China will be reduced, including fruit, sugarcane and rice produced along the railway route.

Yamada noted that China-Laos relations have become “closer” and “diversified” over the past few years, particularly after Chinese President Xi Jinping made a state visit to Laos in 2017. The two countries then announced the "Action Plan to Build a Community of Common Destiny."

In a positive tone, a 2020 World Bank report also analyzed, the railway could make Laos “more attractive as an investment destination and link it to major production and consumption areas in China and the ASEAN, allowing firms to access global value chains.”

However, it remains unclear whether Laos will be able to repay its related debt to China as planned. Yamada points to the fact that the Lao government faced difficulties in finding the $50 million annual payment due for the railway in 2018.

Moody's Investors Service downgraded Laos’ issuer rating to “Caa2” from “B3”, while downgrading the country’s outlook to “negative” in 2020.

Of the railway's total $5.9 billion cost, 40% is debt-financed with loans from the Export-Import Bank of China (China Exim Bank) to the joint venture company between the two countries. For the remaining stake, the Lao government agreed to disburse $250 million itself and borrow a further $480 million from China Exim Bank.