Editorial: Now Is the Time to Reform the WTO 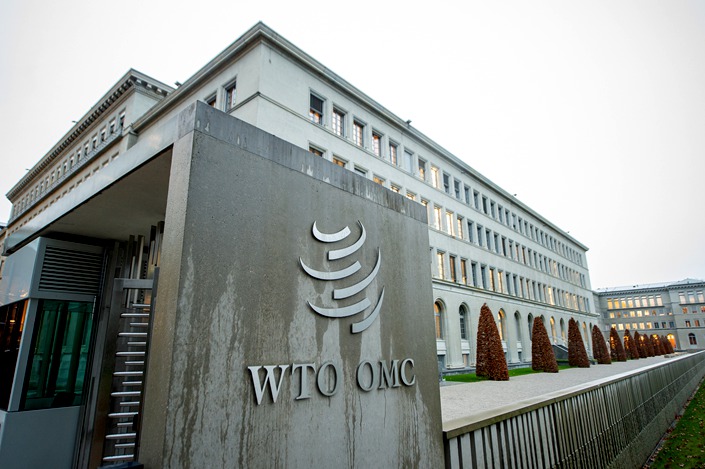 On Feb. 15, the World Trade Organization (WTO) finally appointed a new director-general. This handover will help the WTO resume its functions as soon as possible and play a greater role in global efforts to fight the pandemic and repair the economy, among other things. More importantly, the WTO is now faced with a rare opportunity for reform. All WTO members, including China, share an expectation that the current state of bilateral trade war will be restored to a multilateral system for trade dispute arbitration so that the authority and efficacy of multilateral trade is protected and strengthened.

The global economy is still hurting from the Covid-19 pandemic, which has yet to be completely controlled, presenting multilateral trade with immense challenges. Such times cry out for the WTO to step up and lead. Yet, there are major member states that hold dissenting opinions on WTO reform, effectively tying the organization’s hands. Unilateral and protectionist ideologies are flaring up around the world, forming a destructive feedback loop with the WTO’s inaction on major issues. As trade wars are intensifying, the WTO stands aside and watches.

Under the Trump administration, the U.S. successively blocked adjudicator appointments to the Appellate Body of the World Trade Organization, leaving the Appellate Body in a state of paralysis from late 2019. Meanwhile, director-general candidate Ngozi Okonjo-Iweala would have won unanimous support much earlier but for the intervention of the Trump administration. It wasn’t until Joe Biden took office that the dispute over the appointment was finally resolved.

The widely favored new director-general now faces serious challenges. Since assuming office, Okonjo-Iweala has put forward three priorities: combating Covid-19, reforming the WTO dispute settlement mechanism, and improving the WTO’s work processes. None of these tasks will be easy, especially considering action on the latter two will require consensus among all WTO members. The most urgent priority is getting the WTO its “teeth” back — accelerating Appellate Body adjudicator selections and appointments by the principle of full consensus. It won’t be easy, but there’s no other way.

The WTO has been the cornerstone of the global trade system since the conclusion of World War II, but its principle of consensus has hampered its efficiency. The organization is largely incapable of balancing the complex interests of developed and developing countries. After the fruitless Doha Development Round, fundamental and comprehensive reforms of the WTO were stalled.

Meanwhile, the launch of higher-standard trade systems such as the Comprehensive and Progressive Agreement for Trans-Pacific Partnership (CPTPP) has put the WTO in an awkward marginalized position. Some have even claimed that “the WTO is dead.” No one is giving ground, competitors are turning into enemies, and the WTO has been left to fade into the sunset. Calls for WTO reform are gradually gaining traction.

Although the need for reform is indeed urgent, haste must not lead to waste. If reforms fail to respond to the major issues of our times, it will inevitably spell the end for the WTO. Its dilemma, however, is more a sign of severe turbulence in the global economic and trade landscape, where the WTO often becomes a battle arena for major powers. Holding aside differences and engaging in sincere cooperation is easier said than done.

It can be seen, however, that in recent years, the WTO has been pushing to formulate rules for the specific fields within its reach, for instance, signing and executing the Trade Facilitation Agreement, concluding negotiations on the expansion of the Information Technology Agreement, and keeping multilateral negotiations going in such areas as e-commerce. These are all gratifying fruits of the existing WTO framework. But the world will pay more attention to major WTO reforms regarding, for example, Special and Differential Treatment (SDT) of developing countries or the market economy status. Any major reform will entail a long process, requiring rational expectations from both WTO members and the public.

The best bet for all member states is to advance WTO reforms in a constructive way, gradually establishing rules and systems rather than brashly setting off alone or withdrawing from organizations and treaties. The WTO has been presented with a golden opportunity: there’s a new director-general in office, a U.S. president who is clearly more open to multilateralism and international cooperation than his predecessor, a growing consensus in support of reform. The WTO should seize this valuable chance to push reform forward and make itself the backbone organization supporting the next round of globalization.

As an important member state and the world’s second-largest economy, China would do well to follow a “three benefits” principle when it comes to proposed reform: Does it support China’s high-quality economic development? Does it help put economic globalization back on track? Is it conducive to the formation of the new global order characterized by the growing strength of emerging economies?

Bearing these questions in mind, China should respond in both word and deed, putting forth feasible and constructive solutions. At the same time, China will firmly oppose certain countries’ attempts to use the WTO as a means to isolate and contain China. Actually, China does not hold any rigid positions. In terms of SDT of developing countries, China maintains its position as the world’s largest developing country, but enjoys little SDT in light of the nation’s comprehensive rise. China has stressed that it will not be “pursuing flexibility it does not need,” demonstrating a pragmatic and responsible attitude.

The most important thing for China now is to speed up the pace of domestic reform and opening up to align with the higher standards of the international system of trade regulation. In recent years, China has redoubled its liberalization efforts, especially in finance. In 2020, amid the raging Covid-19 pandemic, China continued to make notable breakthroughs in opening up. It signed the Regional Comprehensive Economic Partnership (RCEP), concluded negotiations on the China-EU Comprehensive Agreement on Investment (CAI), and declared it is actively considering joining the CPTPP.

The deepening of WTO reform dovetails with China’s long-term reform and opening up goals. For everything from industrial subsidies and state-owned enterprise reform to intellectual property rights, China both can and should establish higher labor and environmental protection standards geared toward best international practices.

This year marks the 20th anniversary of China’s accession to the WTO. China’s WTO membership has been key to its economic take-off in the new century. The future of the WTO depends on a consensus among major world powers, particularly China and the U.S. The two countries need to bridge their disagreements and actively participate in WTO reform by dialogue and negotiation. This is not only in the interests of both countries; it will also bring benefits to the entire global governance system and enhance the well-being of people worldwide. It is what a responsible power would do.