By Zhai Shaohui and Yang Ge 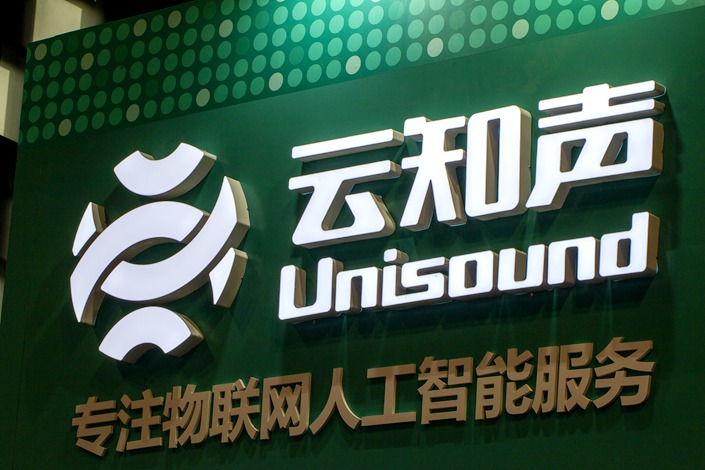 A voice recognition technology maker has become at least the second company this month to withdraw an IPO from China’s Nasdaq-style STAR Market, as the regulator works to clean up a simplified vetting process that may be attracting unqualified companies.

The money-losing Beijing Unisound Information Technology Co. Ltd. announced the move in a Friday evening filing to the Shanghai Stock Exchange, saying its sponsor had applied to withdraw the application the previous day. The step came more than three months after Unisound filed its original IPO prospectus.

No reason was given for the withdrawal. But shortly after the original November filing, one of Unisound’s major rivals questioned some of the market data in the prospectus, calling several third-party estimates of the company’s market share inaccurate.

Founded in 2012, Unisound said it has a current market value of about $1.2 billion. The STAR Market has lighter requirements for new listings than the two main boards, including a minimum market value of 1.5 billion yuan ($231 million) and revenue of no less than 200 million yuan in a company’s most recent year.

Unisound comfortably met the market cap requirement, but its revenue qualified by a much smaller margin, growing to 220 million in 2019 from 197 million the previous year. Its revenue of about 85 million yuan for the first half of 2020 was well off the pace for the minimum full-year requirement, as the company suffered from reduced spending by its clients at the height of China’s Covid-19 outbreak.

At the time of its original filing, Unisound also revealed it has been losing money in the last four years dating back to at least 2017, including a 292 million yuan loss for 2019 and a 112 million yuan loss in first half of 2020.

The voice recognition space is highly competitive, with the company vying for business not only with specialists like China’s own iFlytek and foreign rivals Nuance and Cerence, but also from less specialized but well-funded giants like Apple and Google.

The company cited third-party data China Insights Consultancy saying it was the leader for its category in the smart lifestyle and smart medical categories, including 70% share for voice recognition products installed in white goods. But some had cast doubts on those numbers, and late last year iFlytek responded to an investor query by calling the 70% share for home appliances “completely out of step with reality.”

Unisound’s withdrawal follows a similar move earlier this month by flexible screen maker Royole Corp., which cited unresolved shareholder issues for its move. Money-losing Royole said it had “three types of shareholders” that may not comply with listing requirements, representing the latest setback for a company that’s been trying for years to make a business splash with flexible mobile phones.