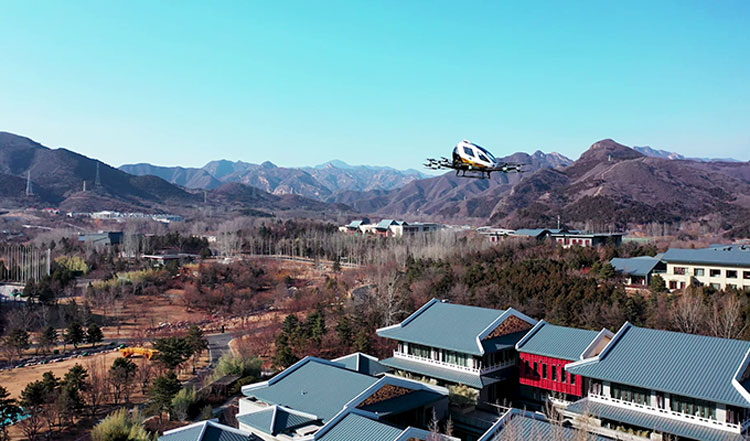 EHang has added the Chinese capital to the growing roster of cities in which it has conducted trial flights of its self-flying transporters despite being under attack from a short seller accusing it of cooking the books.

The Guangzhou-based company said on Tuesday that it had successfully completed five unmanned test flights of its flagship passenger-grade autonomous aerial vehicle, the EHang 216, in February in northern Beijing’s Yanqi Lake scenic area, where the 2014 APEC summit was held.

Two EHang 216s made the test flights at an average temperature of minus 14 degrees Celsius, which the company said proved the “safety and reliability” of its technology in cold weather.

EHang said that it has so far tested the EHang 216 by carrying out more than 10,000 flights in over 40 Chinese and foreign cities, some of which were conducted in extreme weather conditions such as heavy fog and typhoons.

While EHang promotes its urban air mobility project, under which its products can be used for aerial sightseeing, passenger transport and aerial logistics, the company faces questions from a short seller over its finances.

Related: Is it a Bird, is it a Plane? No, It’s a VW Feasibility Study into Flying Cars