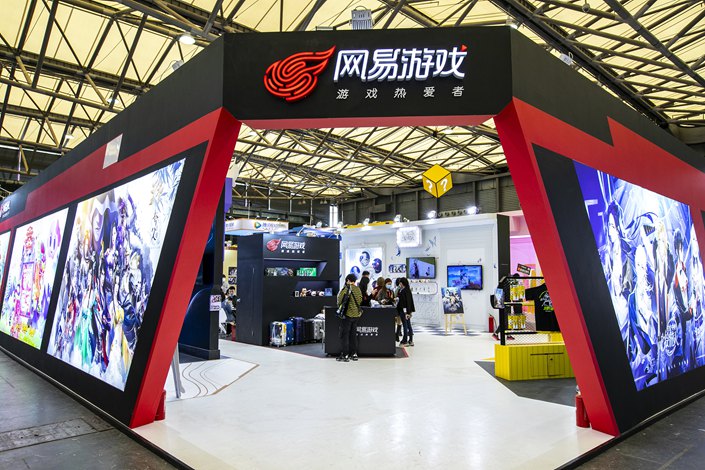 China’s NetEase Inc., the nation’s second-largest internet gaming service provider, called on Google LLC to lower commissions on sales via its app store after its profits tumbled in the fourth quarter as exchange losses and the expensive fees paid to the U.S. tech behemoth ate into earnings.

NetEase posted a profit of 976 million yuan ($151 million) in the three months through December, representing a 68.1% drop from the same period a year earlier, which it attributed to exchange losses caused by the fluctuating U.S.-China exchange rate and investment losses, according to its financial report released Thursday.

Adding to the 1.8 billion yuan in exchange losses and 270 million yuan in investment losses, the company has been required to pay up to half of its profits made on mobile games to Google’s Android system as one of the main app store operators.

More than half of NetEase’s revenue comes via sales on Apple Inc.’s App Store, while the Google Play Store accounts for one-third, with the remainder from the company’s own official game distribution channels, said company CEO Ding Lei on an earnings call Thursday. Google charges 20% higher commissions than those of Apple, said Ding, who urged it to lower commissions for mobile game developers.

“The rate in China right now is unhealthy and probably unsustainable,” said Ding, urging Google to be “synced with international peers and charge content providers a more reasonable rate.”

The company also announced the resignation of its former chief operating officer Dong Ruibao in the financial report, without giving further details on his departure. Dong, who joined the company’s board in 1999, is the longest-serving executive after the founder Ding.

It wasn’t all bad news for NetEase in the fourth quarter, with its revenues growing 25.6% to 19.8 billion yuan as homebound gamers continued to seek online entertainment even as an easing of the epidemic in China encouraged more people to head back outdoors. NetEase relies on mobile games for the biggest chunk of its revenue, according to its results.

Earlier this month, China’s 30 biggest mobile game publishers reported a combined surge of 47.3% in revenue via sales through app stores run by Apple and Google last month, as the increased demand for online entertainment remained undiminished, according to a WeChat post published by research firm SensorTower.

The publishers, which include Tencent Holdings Ltd. and NetEase, made more than $2.3 billion globally on Apple’s App Store and the Google Play Store.

NetEase’s business in the online gaming sector contributed to the uptick with a 15.5% year-on-year growth in revenue in the fourth quarter, which totaled 13.4 billion yuan, representing 70% of its entire revenue. It did not separate the earnings from its music streaming app NetEase Music and e-commerce site Yanxuan in the report, but counted both in the “innovative businesses” sector that nearly doubled in revenue in the quarter.

The company has seen its full-year performance echo that in the fourth quarter, with overall revenue increasing 24% to 73.7 billion yuan, but profit sliding 9% year-on-year in 2020 to 12 billion yuan.