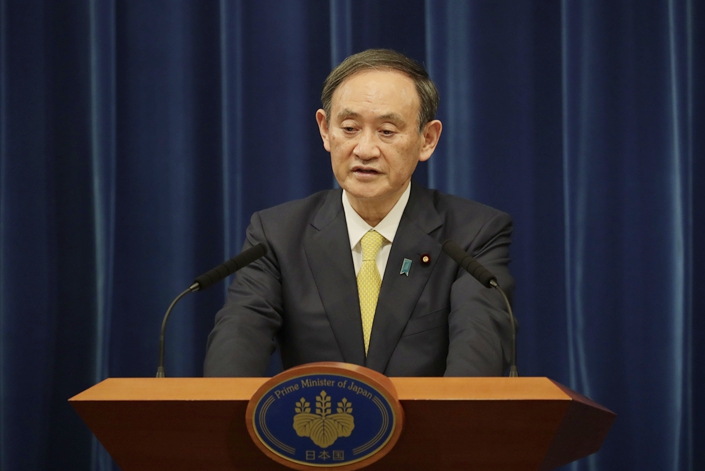 (Bloomberg) — Japanese bureaucrats accused of breaching ethics rules by accepting meals with the son of Prime Minister Yoshihide Suga are set to be punished or reprimanded, in a scandal that may hurt the premier’s already fading support.

Penalties will include salary reductions for some of the 12 officials, according to the Ministry of Internal Affairs, which published data on the dinner parties, including attendees and prices. The scandal adds to the woes of the prime minister, who has faced a barrage of questioning in parliament from opposition lawmakers over the problem in recent days.

Suga’s eldest son works for a satellite broadcasting firm that comes under the supervision of the Ministry of Internal Affairs, where the bureaucrats worked.

Cabinet Public Relations Secretary Makiko Yamada, who previously worked for the ministry, accepted a meal that cost about 74,000 yen ($700) per head, according to a ministry report. She has decided to return part of her salary, Chief Cabinet Secretary Katsunobu Kato said Wednesday, adding that he had reprimanded her.

The prime minister has apologized, while saying that he knew nothing about the meals at the time.

Suga, who boasted some of the highest approval rates on record for a new premier when he took over in September, has seen support battered by a series of scandals, as well as doubts over his handling of the coronavirus pandemic. He has little time to restore his popularity before a general election that must be held by October and may determine whether he joins a long line of Japanese premiers who have lasted only about a year.

Suga’s son has not been charged with criminal wrongdoing and has refrained from public comment on the matter.