Editorial: The Key to Energy Transition Lies in Rationalizing the Price Mechanism 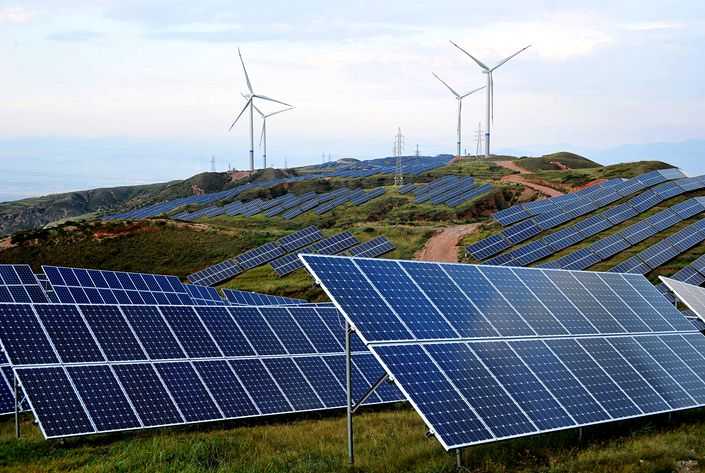 Global efforts to cope with climate change have been enhanced recently. In September 2020, China pledged to peak carbon dioxide emissions before 2030 and achieve carbon neutrality by 2060. A few days ago, Xie Zhenhua took up his post as China’s special envoy on climate change. The United States officially rejoined the Paris Agreement soon after President Biden took office.

Recently, there was a major power outage due to a snowstorm in Texas and a mass death of elephants in Botswana. The latter is believed to be caused by climate change. The frequent occurrence of similar events shows that climate change has become the most threatening ecological crisis facing humanity.

No doubt fulfilling commitments to achieve peak emissions and carbon neutrality will be an uphill battle. As the world’s largest emitter of carbon dioxide, China is under tremendous pressure to adjust its domestic economic structure, energy mix and consumption patterns. In 2019, China’s carbon intensity decreased by 48.1% compared with 2005, but carbon emissions per unit of GDP were still higher than the world average.

Therefore, restructuring China’s energy mix is key to cutting its carbon emissions. Promoting the energy transition and building a clean, low-carbon and efficient energy system requires government coordination and action. The decisive role of the market in the allocation of resources also needs to be brought into play, the core issue of which lies in rationalizing the price mechanism. Only in this way can exceptionally important technological advances receive sustained incentives.

Coal accounts for a high proportion of China’s primary energy consumption and a large amount of coal is used for thermal power generation. In recent years, power generation from new-energy resources has undergone great progress in China. The cumulative installed capacity for hydropower, wind power and solar power generation ranks first worldwide, and the competitiveness of the country’s technology and companies are world-leading.

However, the power grid has great difficulty in accommodating power generated from new-energy sources. Due to the instability of these sources, the quantity of generated power fluctuates significantly. Worse still, the marketization mechanism is unsound and structural reform is sluggish. Such problems are major reasons for the serious power limitations and losses of power generated from new-energy sources.

Besides, a policy of “separating prices from subsidies” has been gradually implemented for new energy entering the market. The per kilowatt-hour subsidy is determined by the difference between the approved electricity price and the price of coal. This helps to form a price signal that accurately reflects the relationship between supply and demand.

Carbon emissions trading is an effective tool in combating climate change and an important mechanism for making traditional energy enterprises’ external influence visible. China’s emissions trading market has been piloted for many years, but problems like market fragmentation have held it back.

It may be inevitable the prices of some energy products will go up. The “energy trilemma” often mentioned by economic experts means that it is difficult to ensure sufficiency, low pollution and low prices at the same time. With the help of price signals, electricity should be priced based on the full cost, so consumers can understand the urgency of low-carbon development and have a stronger awareness of energy conservation and climate issues. The Chinese government should learn from the lessons of previous price reforms and develop a careful and prudent plan that takes into account the affordability of different strata in urban and rural areas.

To promote the energy transition and achieve peak emissions and carbon neutrality, the visible hand of the government is indispensable. Currently, national ministries and commissions and industry associations have begun to develop programs, and local governments have also taken action, thus forming a promising situation.

However, the phased objectives should be reasonable and the action should be taken in a way that is consistent with the positioning of a law-based and service-oriented government. As the impact of the Covid-19 pandemic on economic development is still ongoing, multiple restrictions and sweeping approaches must be avoided to keep the economy on track. This is the bitterest lesson we learned from the power shortage in Hunan province and other places at the end of 2020.

Emission reduction requires appropriate policies and advanced technologies, but institutional reform is even more important. At present, China’s electricity institutional reform has entered a more difficult phase where the result of the reform will directly affect emissions. Speeding up the construction of the electricity spot market and auxiliary service market will provide an extremely important safety net for emission reduction and energy transition.

There is a similar problem in the new-energy vehicle industry: Governments at all levels are vigorously supporting it through preferential policies, huge subsidies and other means. However, it should be noted that it has become overdeveloped due to blind expansion. The National Development and Reform Commission issued a document requiring better oversight in all localities to get the chaos under control. Previously, fraudulent applications for subsidies caused problems in the sector. Such phenomena have appeared time and again in the past 40 years. China should think on its current industrial policies and ponder what the reasonable role of governments at all levels is in economic development.

For China, emission reduction means huge pressure and even short-term economic pain. However, both government action and market efficiency are inherent requirements for China’s high-quality development. In November, the 26th U.N. Climate Change Conference will be convened in Glasgow in the U.K. Next, China will take more proactive actions to meet its commitments for carbon emission reductions, not only by hitting the relevant targets but also through deepening institutional construction. The 14th Five-Year Plan period will be critical for making China’s energy system a more rational one.