By Huang Yanhao and Matthew Walsh 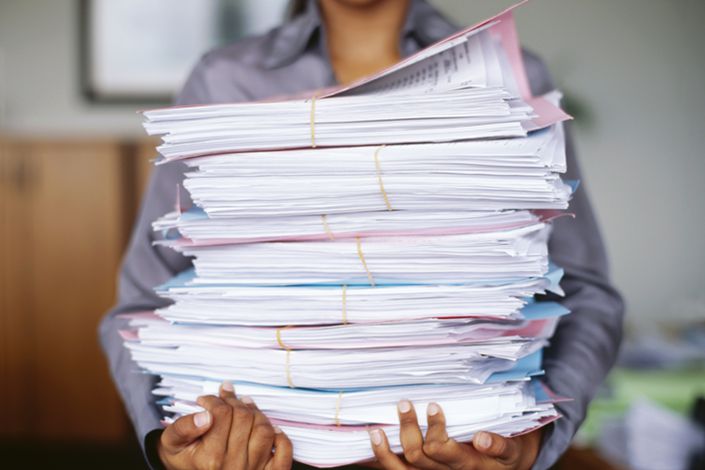 China’s government has launched a review of hundreds of environmental impact assessment reports after a conservation group raised the alarm over suspected fraud. Photo: VCG

China's government has launched a review after a conservation group raised alarm over how more than 1,600 reports bearing the credentials of a single environmental impact assessment (EIA) engineer could be submitted to authorities during a four-month period late last year.

More than 1,600 reports bearing the credentials of the same EIA engineer were submitted to environmental authorities starting in late September 2020, according to a report by the Guangzhou Green Data Service Center, a group that publishes data on environmental violations.

The reports related to construction projects in 25 provinces and regions in China, the group said.

The findings (link in Chinese) deepen fears of deep-rooted fraud in China’s EIA sector and raise the prospect that some projects have more significant adverse impacts on the environment and human health than have been disclosed to the government.

Environment ministry spokesperson Liu Youbin said (link in Chinese) at a Thursday press conference that most of the documents flagged by Guangzhou Green Data had “not yet been approved” and the ministry was “undertaking a complete review” of the situation, adding that any “quality problems” would be “severely dealt with according to the law and regulations.”

The ministry resolutely opposed “formalism,” or box-ticking, in the EIA sector, Liu said.

The EIAs uncovered by Guangzhou Green Data include 1,541 shorter forms for smaller, lower-impact developments that typically gain rapid approval, and 63 longer reports for larger, more-polluting projects that take longer to get the go-ahead.

They all appear to have used the credentials of the same engineer, Jin Haiyan. The researchers found that, in a four-month period from Sept. 28, Jin appears to have compiled almost twice as many EIAs as China’s next most productive engineer.

Jin may be a licensed EIA engineer whose credentials had been used by others, either with or without his knowledge, said another engineer who requested anonymity in order to speak freely.

“I’d bet that none of (the reports) were actually signed by him,” the engineer said. “If you tried to do it yourself, you’d never get through them all — your hand would fall off.”

EIA engineers may be able to compile around 50 shorter reports per month depending on the difficulty of the projects, their fields of expertise and support from colleagues, the interviewee said. “But if you’re working alone, you’ll be exhausted after doing three to five short reports, and probably won’t complete even one longer one — five or six of those a year is usually pretty good.”

A Caixin search of public records showed that the company was founded in September and is registered in the city of Qingdao, in East China’s Shandong province. An online credit platform used widely in China’s EIA industry lists the company as operational.

Authorities in Qingdao said (link in Chinese) Saturday they had launched an investigation into the company.

The move came after Shandong’s environmental bureau published an online article (link in Chinese) on Friday saying that Jin became a licensed EIA engineer in 2011 and signed a labor contract with Jinhua in September, but appeared to have left the company last month.

No contact information for Shandong Jinhua appears in public records, and further attempts by Caixin to get in touch with the company and Jin were unsuccessful.

The revelations by Guangzhou Green Data have refocused attention on China’s ongoing efforts to root out unscrupulous practices in its environmental conservation sector.