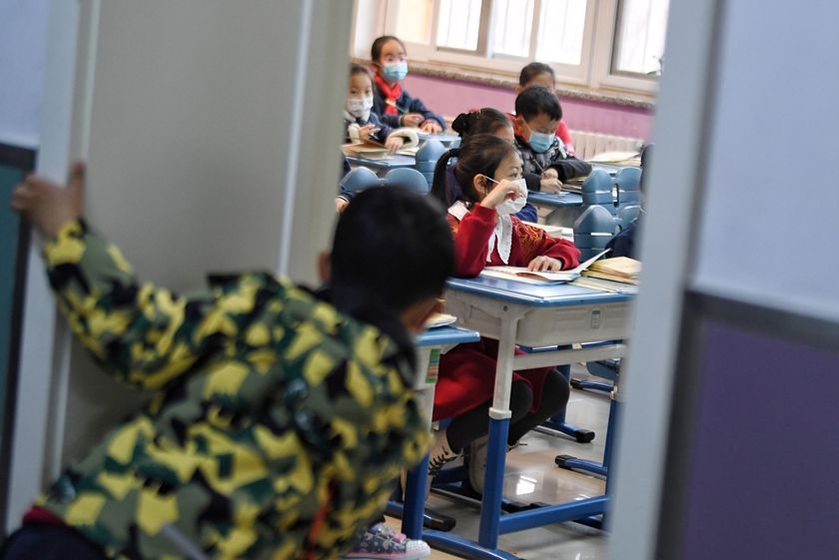 A child looks into a classroom at an elementary school in Beijing on Sunday, the day that some schools around the country reopened for the spring semester. Photo: VCG 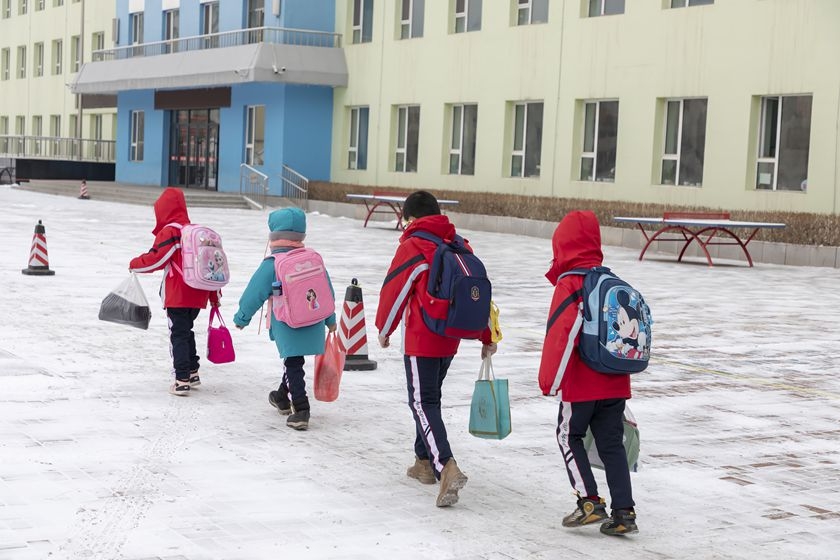 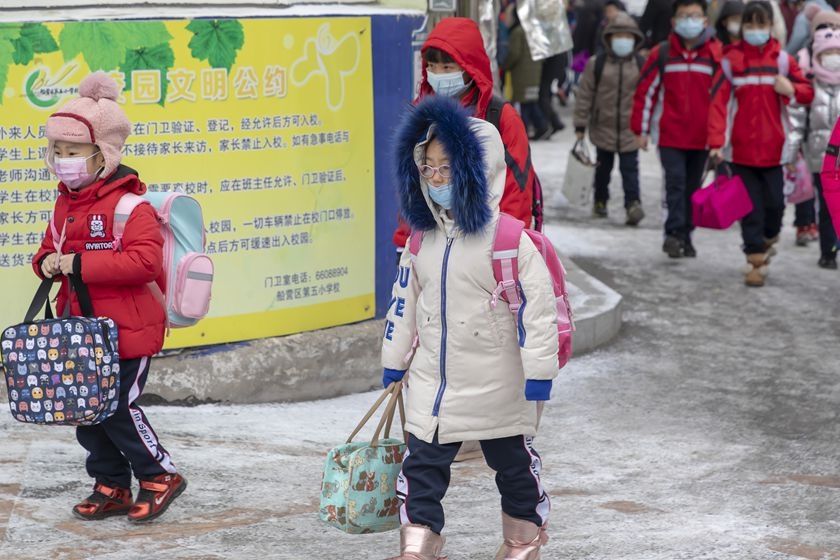 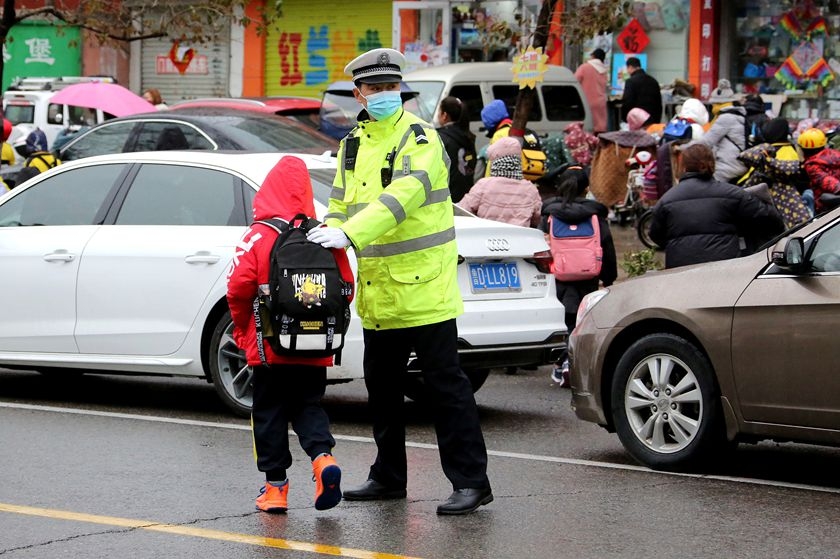 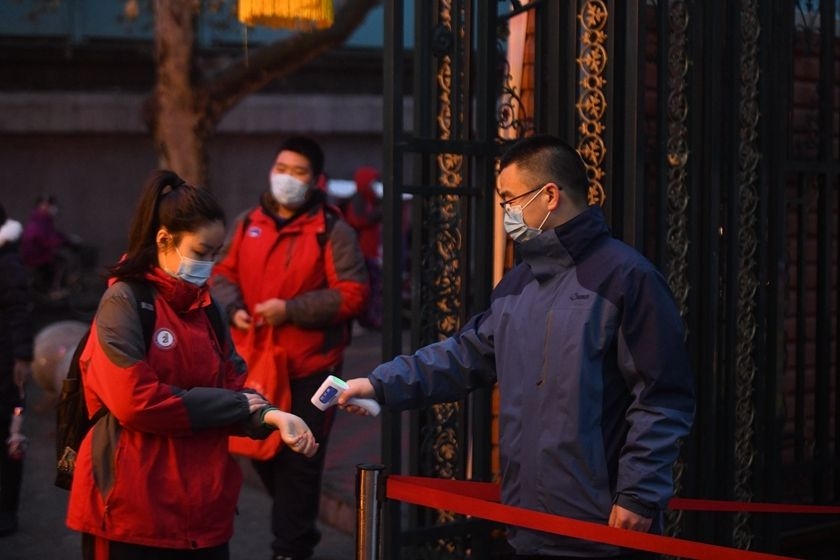 A student has her temperature checked before entering a middle school in Shijiazhuang, the capital of North China’s Hebei province that was site of a recent Covid-19 flare-up. Photo: VCG 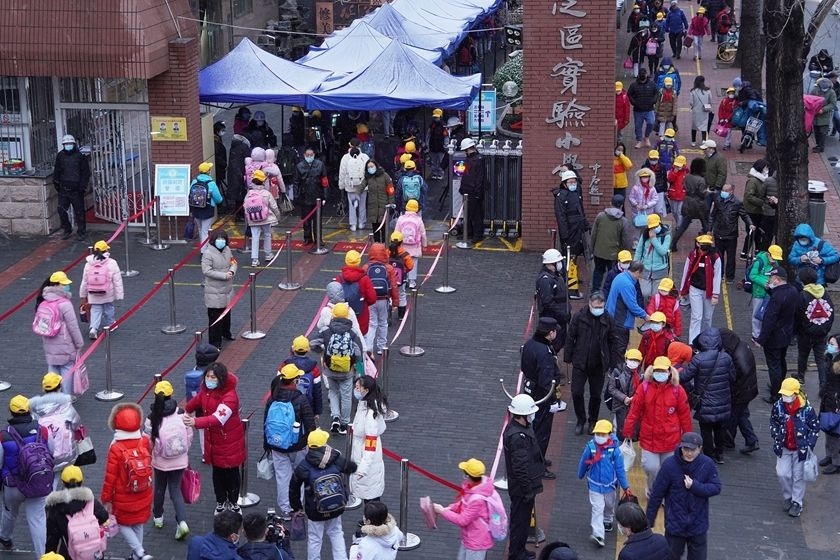