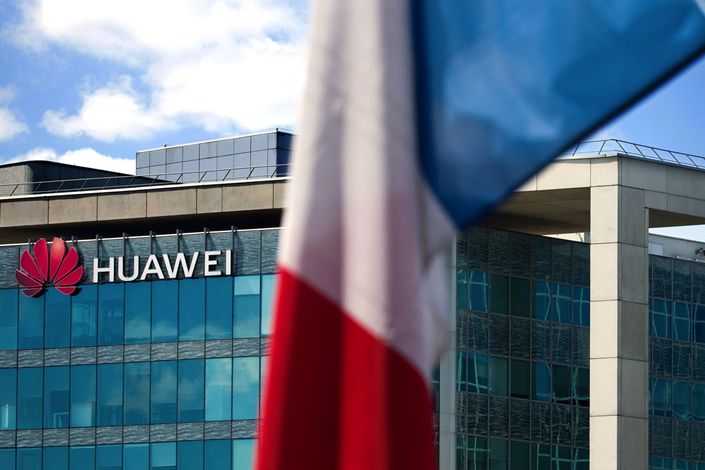 (Bloomberg) — Phone companies including Altice Europe NV’s SFR unit and Bouygues Telecom have begun removing Huawei Technologies Co.’s wireless equipment from large French cities after the government moved to purge the Chinese vendor from all but isolated parts of the country.

The work started at the beginning of 2021, when France’s Constitutional Council signed off on a ruling that forces carriers to rip out Huawei gear in densely populated areas where networks are being upgraded to fifth-generation wireless technology, according to people familiar with the situation.

Unlike countries such as the U.K., France is seeking to strike a middle ground that would allow Huawei to remain a supplier while keeping it out of the more integral parts of its wireless infrastructure. President Emmanuel Macron’s government has devised rules making it riskier for operators to use Huawei 5G kit.

In July, the head of the country’s cybersecurity agency said it will grant time-limited waivers on 5G for wireless operators that use Huawei products, a decision that will likely begin a “phasing out” of the company’s products. Macron has broadened those exclusions under pressure from the U.S., which sees Huawei as beholden to the Chinese Communist Party and a threat to national security.

To be able to deploy new mobile networks, Altice and Bouygues have now begun removing Huawei 4G equipment in a number of cities -- including Toulouse, Toulon, Rennes and Brest -- as it’s incompatible with the 5G kit they plan to install from other vendors, said the people, who asked not to be identified as the specific locations are not public.

The carriers have complained about the cost of a decommissioning process that will take several years to complete and damage their competitiveness. Their two rivals, former monopoly Orange SA and Iliad SA’s Free network, use equipment from Nokia Oyj and Ericsson AB in their French networks. The phone operators will effectively face a duopoly of those Nordic companies for their 5G supplies.

Bouygues said last year it must take Huawei gear off 3,000 towers by 2028 and is replacing it with Ericsson. Altice is switching to Nokia. Some of the equipment can be shifted to areas where the companies had government waivers, but some will have to be scrapped, the people added.

Whether Huawei can keep a significant foothold in European 5G will be decided partly in economic powerhouse Germany, which has resisted a Huawei ban for now. The government passed a law in December that foresees security checks on new installations and supplier trustworthiness tests by a government committee.

Huawei still has a significant presence in France. Last year it opened an 8,000-square foot (743 square meters) research center in an upscale Paris neighborhood, and in December said it will open its first production factory outside of China in 2023 in the Eastern French town of Brumath.