By Lin Yunshi and Matthew Walsh 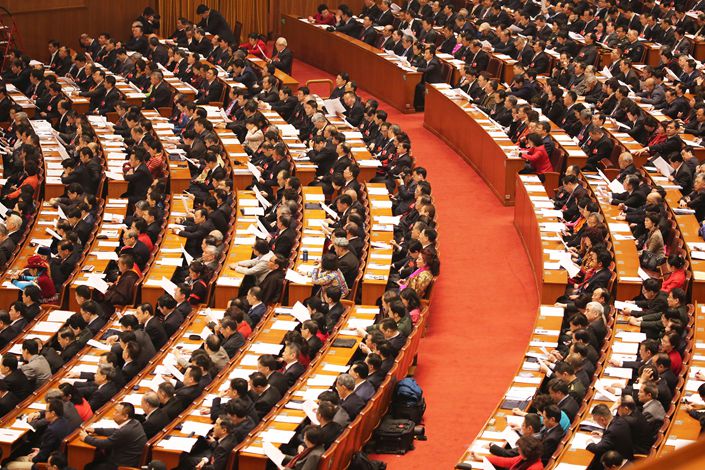 A dozen Chinese lawmakers will not be present at the national legislature’s annual meeting in Beijing this week, having become ensnared in corruption scandals since the last session in May 2020.

A further four lawmakers have died in office since last year’s gatherings, capping a turbulent few months at the top of the Communist Party.

China will begin its annual “Two Sessions” in Beijing on Thursday and Friday, at which a new five-year plan for shaping policy through 2025 will be approved.

Since taking power almost a decade ago, President Xi Jinping has waged a years-long campaign against corruption in the Communist Party, urging inspectors to target both high-ranking “tigers” and more junior “flies.”

The latest two officials to “fall off the horse,” as the Chinese saying goes, are Deng Peiran, the former mayor and deputy Communist Party secretary of the northern Chinese city of Shijiazhuang, and Wang Like, a former member of the Communist Party standing committee of East China’s Jiangsu province and secretary of the region’s political and legal affairs commission.

Both men are suspected of “serious legal and disciplinary violations,” a term typically used to denote corruption, according to a report (link in Chinese) published Sunday on the NPC’s website.

Details of the two men’s alleged violations have not been made public.

The Two Sessions, or “liang hui,” refer to the annual gatherings of the NPC and the Chinese People’s Political Consultative Conference, the country’s most senior political advisory body.

The meetings typically take place in early spring, but were delayed until May last year due to China’s Covid-19 outbreak.

Since then, at least 16 delegates have left government. Nine of the 12 disgraced officials were forced to resign, while the other three were dismissed from their posts.

Of the remaining four, three died due to illness and one died while attempting to rescue a drowning child.