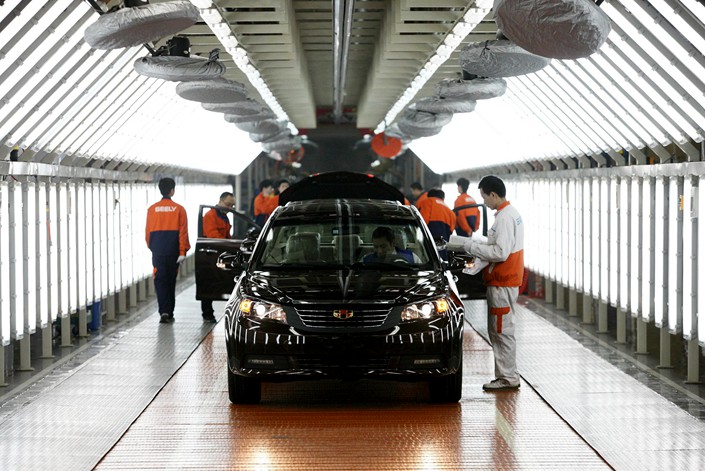 Baidu has completed registration of a new smart electric vehicle company with domestic automaker Geely, a source from Baidu said on Tuesday. The tech giant is focusing more on non-search businesses such as autonomous driving in an attempt to diversify its revenue streams beyond online advertising sales.

The new firm, named Jidu Auto, currently has five board members including its chief executive officer Xia Yiping, according to the source who asked not to be named. The other three are from Baidu and one from Geely, the source said.

On Feb. 21, Xia, an industry veteran with extensive management experience in the fields of smart vehicles and mobility services, was named as Jidu Auto’s CEO. Xia’s appointment came a month after the pairing between Baidu and Geely was announced.

The tie-up with Geely marks a significant milestone in Baidu’s efforts to monetize its Apollo autonomous driving platform. According to the new venture, Baidu will provide its intelligent driving technology to Jidu Auto while Geely will oversee the manufacture of actual cars.

On the eve of China’s annual “Two Sessions”, which will commence in Beijing later this week, Baidu CEO Robin Li, also a member of the Chinese People’s Political Consultative Conference, submitted a proposal. Li’s proposal called for more government policies to accelerate the commercial use of self-driving cars as Beijing aims to build a smart transport system powered by technologies including artificial intelligence, big data and 5G.