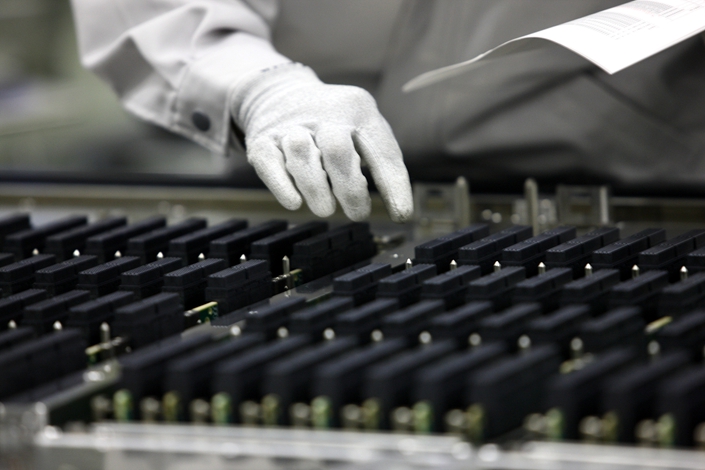 China has captured the top spot in 2020 among international patent applications for the second consecutive year, a United Nations ranking released Tuesday shows, demonstrating once again how Asia is leading the tech innovation in the new normal.

The U.S. remained in second place, with filings inching up 3% to 59,230. The numbers show clear signs of peaking out. Both the administrations of President Joe Biden and former President Donald Trump have found fault with China's infringement of intellectual property rights and forced technological transfers. The battle for hegemony in advanced technology will likely ramp up.

Japan stood in third place, although like the U.S., patent filings have plateaued. Applications declined by 4% last year to 50,520.

"It's not as if filings from the traditional parts of the world like the U.S. or Europe have decreased, it's just that the rate, the acceleration, has become a lot stronger in Asia," Daren Tang, WIPO director-general, said at a news conference.

China first topped the U.S. last year, filing about 1,000 more applications than the U.S., which lost its crown for the first time since 1978. Driving this trend is Beijing's program to modernize industry, dubbed "Made in China 2025." Launched in 2015, the program funnels generous state subsidies to domestic enterprises with the objective of turning China into an intellectual property superpower.

A similar pattern can be seen in South Korea, which surpassed Germany to take fourth place in patent filings. The South Korean government last year rolled out a New Deal initiative, which concentrates investments into 5G communications and artificial intelligence. Patent applications from South Korea stood at 20,060 filings.

Asian nations have become the center of technological innovation. Not only is Japan in third place in patent filings, Singapore and Saudi Arabia have gained momentum as well.

Among the top 50 companies in terms of patent applications, businesses hailing from Japan, China and South Korea captured more than 60% of the spots. South Korea's LG Electronics jumped to fourth place from 10th place thanks to its efforts to sharpen its technological prowess, especially in the mainline appliance segment.

The rankings are based on filings made under WIPO's Patent Cooperation Treaty. A patent filed within a member state is seen as a patent submitted across multiple nations. WIPO's data serves as an international benchmark for gauging a company or a school's technical innovation.

Patent filings worldwide climbed 4% to 275,900 applications -- an all-time high. Among the most conspicuous are filings related to computer technology and digital communications.

Applications for virtual reality, augmented reality and other audiovisual tech in particular soared by 30%. This suggests that social distancing demands necessitated by the pandemic accelerated technological development.

Trademark applications worldwide dipped slightly to 63,800 filings. The economic downturn due to the coronavirus pandemic slowed the output of new goods and services, which would be protected by trademarks, WIPO said in its release. It appears that corporate budgets are hard-pressed to fund trademark applications due to the tough business environment.