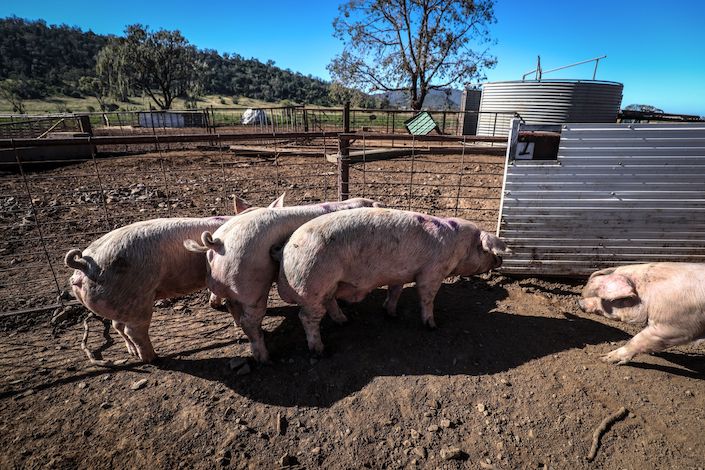 Thirty-six piglets were culled after the disease was detected in the province of Yunnan, in the third case this year in the Asian nation, the agriculture ministry said in a statement. Lean hogs for April delivery jumped by the exchange limit in Chicago.

China’s hog herd, the biggest in the world, has been rebounding from an African swine fever outbreak that started in 2018. If the disease starts spreading again, it could boost demand for meat imports and hit shipments of soy and corn needed to feed the pigs.

Lean hog futures climbed as much as 3.5% before trimming the advance. Prices have risen more than 25% this year, making hogs one of the top-performing commodities. Meanwhile, soybean futures eased as much as 1.2%, paring annual gains to about 7%.

The disease has also been detected recently in Malaysia, South Africa and Germany. ASF hasn’t been found in the U.S., where farmers could stand to benefit from higher exports. Prices for U.S. pork and hogs had already been rebounding as economic activity picks up and restaurants and schools reopen from pandemic closures.