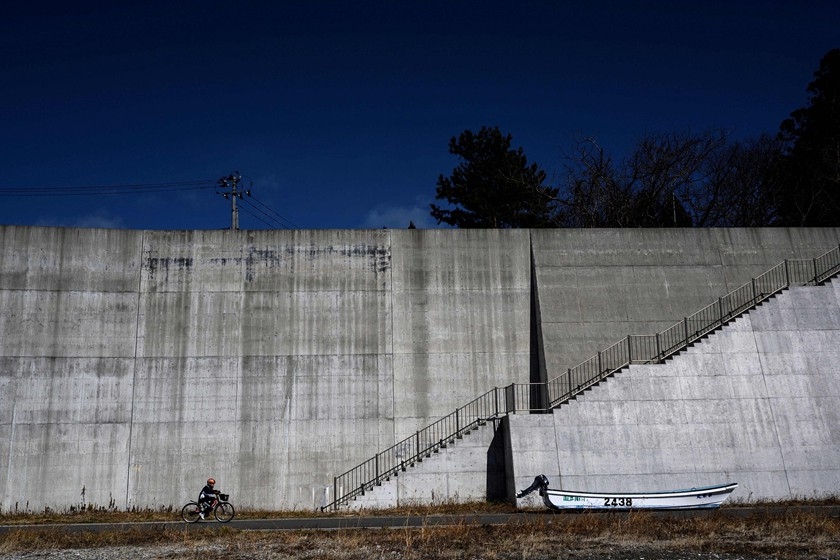 A child cycles past a 12.5-meter-high concrete seawall on Feb. 27 in Rikuzentakata, Japan. Photo: VCG 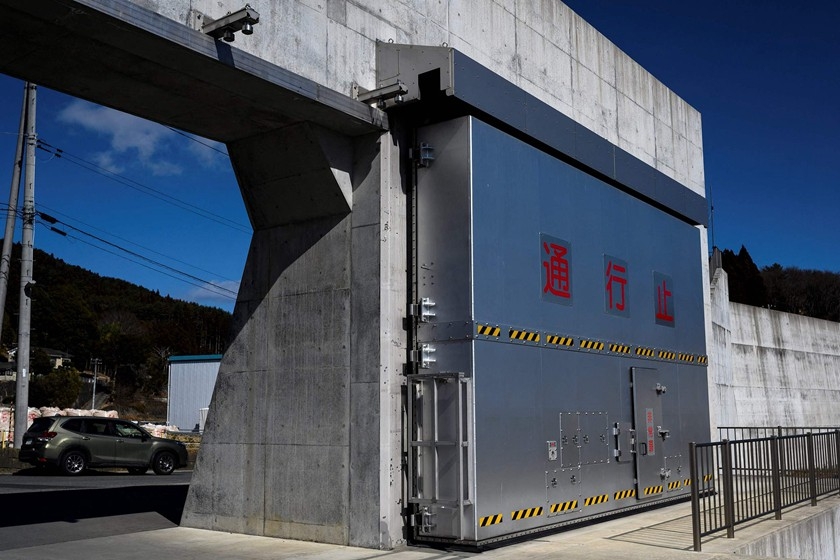 A sign warns people against passing through the seawall gate. The seawall was built to replace a 4-meter-high breakwater that was overwhelmed by a tsunami triggered by a magnitude 9.0 earthquake in 2011. Photo: VCG 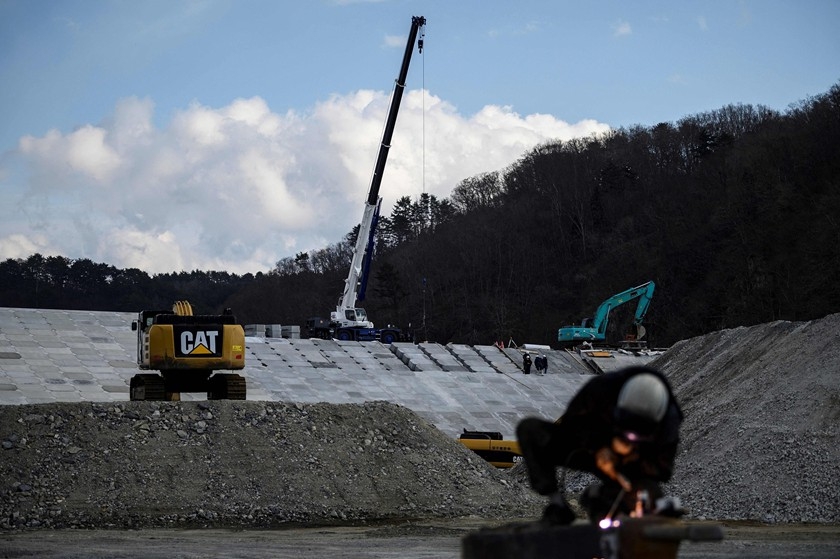 A seawall under construction on Feb. 26 in the town of Taro. Photo: VCG 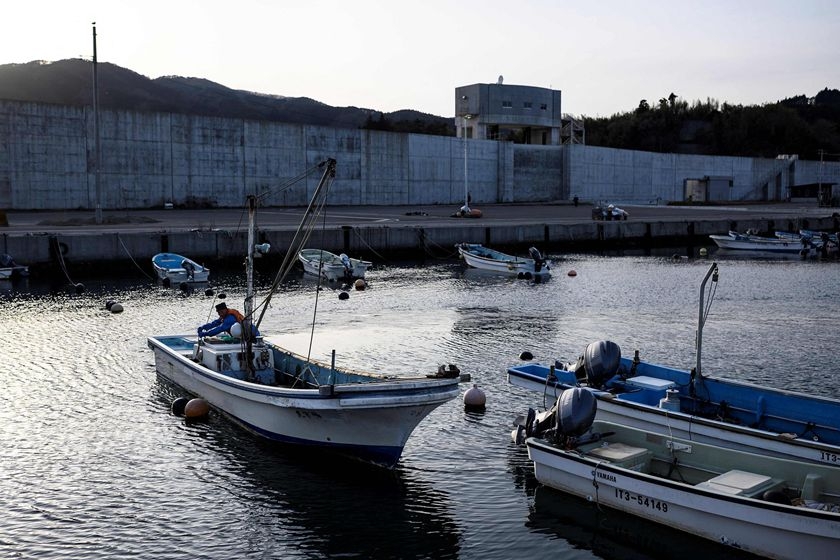 A fisherman drives a boat on Feb. 25 near a seawall in Takada, Japan. Photo: VCG 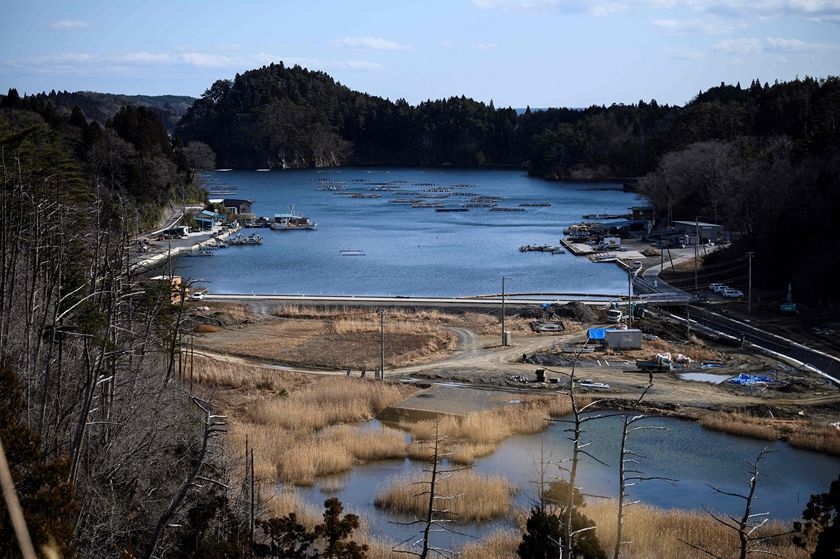 Most of the homes in this fishing village in Miyagi prefecture were destroyed in the 2011 tsunami. Photo: VCG 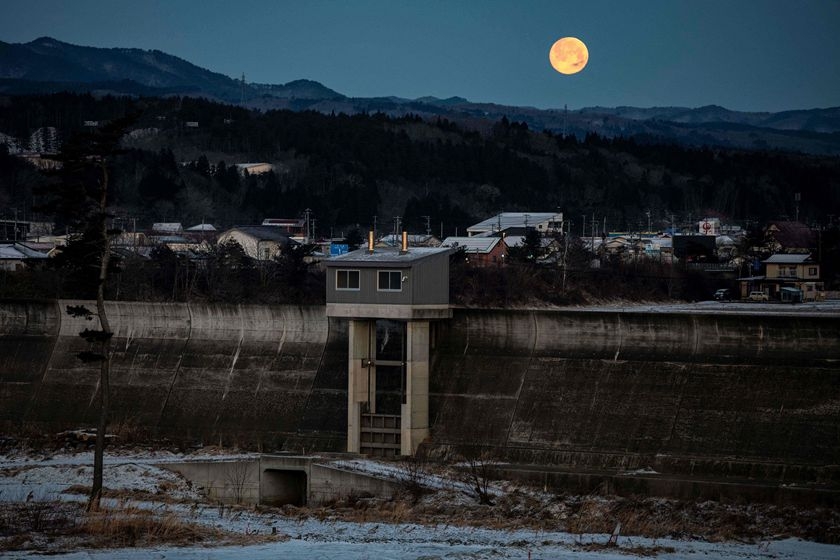 The moon rises over the old seawall in the village of Noda on Feb. 27. Photo: VCG 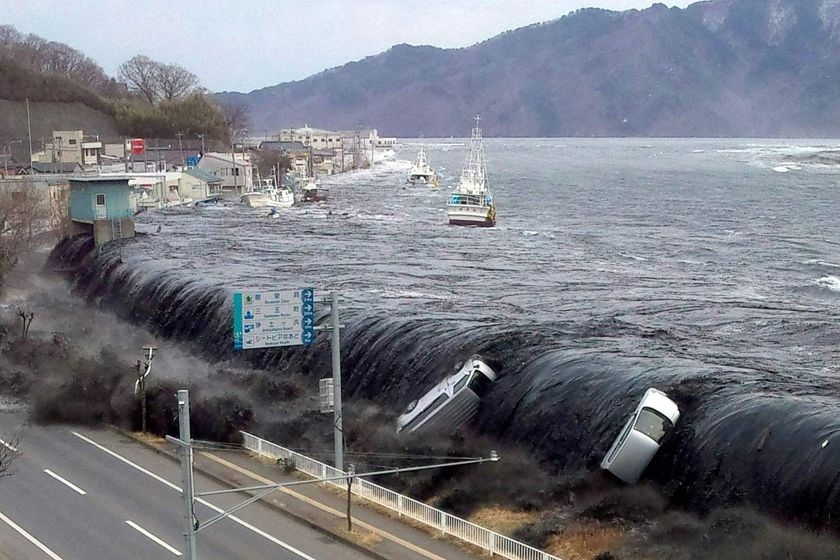 Waves from the tsunami crash over a street in the city of Miyako on March 11, 2011. Photo: VCG 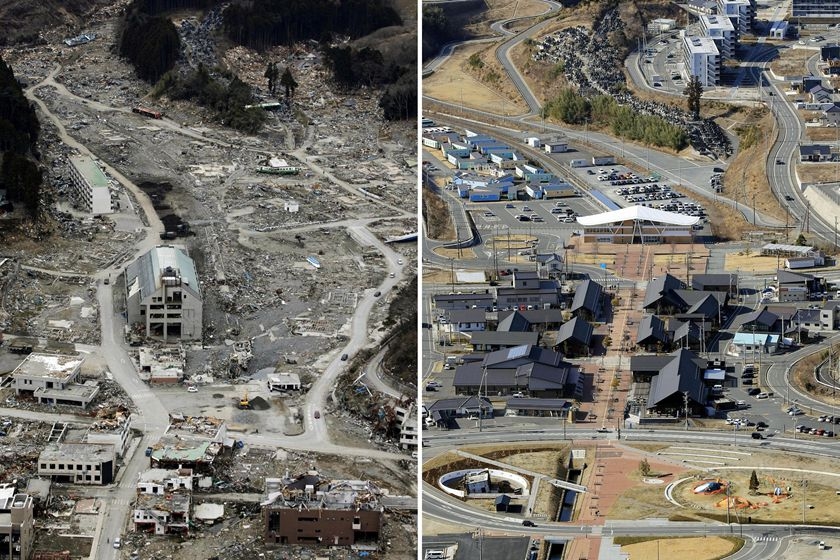 Photos show an area in Miyagi prefecture after it was hit by the tsunami in 2011 and the same area nearly 10 years later. The earthquake and tsunami killed more than 18,000 people, local media reported. Photo: VCG