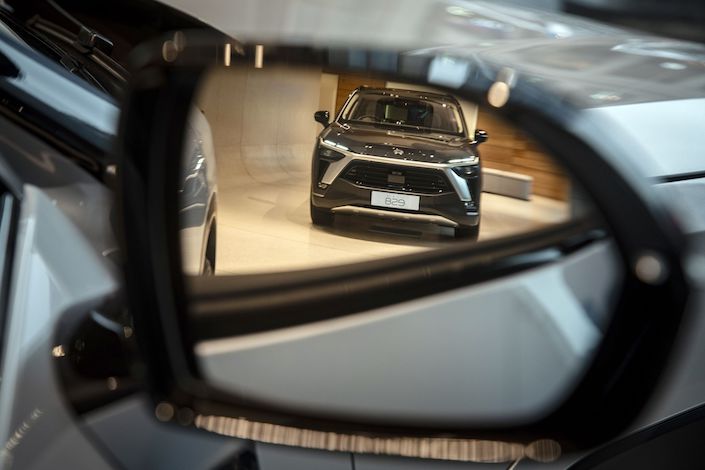 Xpeng has approached bankers about an offering, one of the people said, declining to be identified discussing confidential information. Nio, which like Xpeng is already listed in New York, has also held initial discussions with financial institutions, the people said. Deliberations are ongoing and the companies could still change their plans, the people said.

Investor interest in electric cars as well as in the companies that supply them, such as battery and chip makers, has surged over the past year, sending shares to stratospheric levels and pushing valuations sky high. The charge was led by Tesla Inc., the world’s biggest maker of EVs, whose stock soared to fresh highs after being included in the S&P 500 Index.

Although Nio, Xpeng and Li Auto raised billions of dollars when they listed in the U.S. and have subsequently raised billions more via bank loans and other rights issues, making electric cars is highly capital intensive. Losses at Nio, which just 12 months ago looked to be running out of cash, widened in the fourth quarter, and Xpeng, which reported a fourth-quarter loss on Monday, said it probably won’t break even until late 2023 or early 2024.

Of the trio, Li was the only one to post a surprise profit, slipping into the black for the period ended Dec. 31 for the first time.

EV sales, however, have been trending in the right direction. All three manufacturers reported an increase in car deliveries as demand for cleaner vehicles, particularly in China, picks up.

The China Passenger Car Association said Tuesday that retail sales of new-energy vehicles, including EVs, jumped 675% year-on-year in February to 97,000 units, albeit from a low base reflecting the coronavirus pandemic in 2020. Compared with February 2019, EV deliveries still doubled and currently make up around 8.2% of overall car sales in China.

Shares of Xpeng, which are up almost 80% since the company’s late August U.S. debut, have tumbled 37% this year amid a widespread rout that’s also hurt Tesla, whose stock is off 20% since January. Nio is down 28% after rising more than 1,100% in 2020, while Li Auto in New York has fallen by a similar amount.