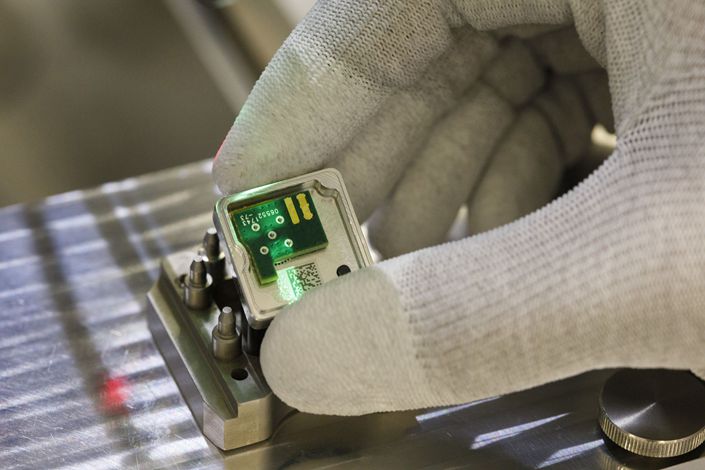 Plus, an autonomous truck startup splitting its operations between the U.S., China and Europe, has entered into a partnership with Nvidia to develop its new self-driving system.

Five-year-old Plus will equip the next generation of its autonomous truck driving system slated to be launched in 2022 in the U.S., China and Europe with the U.S. chipmaker’s software-defined platform for autonomous vehicles and robots, named Nvidia Drive Orin, according to a statement released on Tuesday.

Powered by a new system-on-a-chip (SoC), the Nvidia Drive Orin platform boasts a processing speed reaching 254 trillion operations per second (TOPS), which Plus said is ideal for handling massive concurrent tasks and supporting deep neural networks to process and make decisions by using data from its heavy trucks. TOPS is a common indicator used to assess SoC performance.

The Nvidia technology-powered self-driving system also features a 360-degree sensing system made up of lidars, radars and cameras, which can help the trucks identify objects, predict their movements and plan routes, the statement said.

Plus, which was cofounded by a group of serial entrepreneurs and industry veterans in Silicon Valley in 2016, has so far received more than 10,000 pre-orders for its self-driving systems, and the tie-up with Nvidia will inject new energy into its efforts to achieve large scale commercialization of its technologies, Plus chief technology officer Hao Zheng said.

Besides Plus, Nvidia has also found favor with several other companies focusing on smart vehicles, including Chinese electric vehicle startup Li Auto. The Beijing-based automaker in September last year clinched a deal to install the Nvidia Drive AGX Orin system in its new extended-range SUV model scheduled to be launched in 2022, in an attempt to make its cars to achieve Level 4 autonomy.