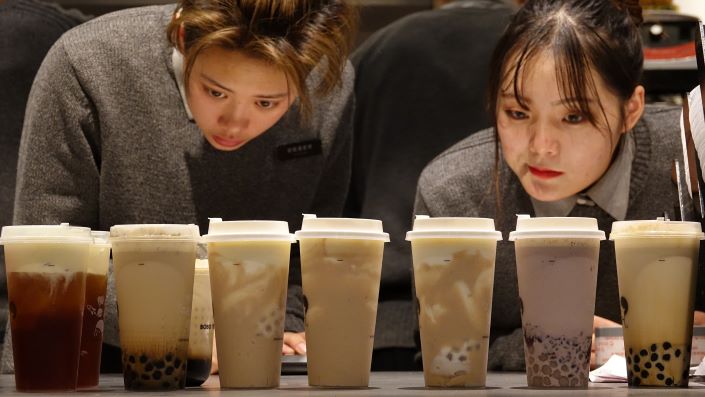 New-style milk tea is increasingly winning the hearts and wallets of Chinese millennials. According to the Nayuki Tea & Bakery, one of China’s most popular milk tea shops known for its fruits and cheese topped tea drinks, about 30% of consumers in China spend over 400 yuan ($61) on the beverage every month!

On Thursday morning, the hashtag #About-30%-of-domestic-consumers-spend-more than-400-yuan-on-new-style-milk-tea appeared on Weibo, with more than 10 million views and thousands of comments, hitting the most viewed list on Weibo within hours.

According to the paper, millennials are the primary customers of milk tea. The report also showed that just under 80% of milk tea consumers have a higher education background with 60% of them holding white-collar jobs.

Many people on social media were amazed at the amount of money the country’s young people spent on the specialty drinks. “They are so rich! They (the group of people who spend more than 400 yuan on milk tea) are basically drinking milk tea every day,” read one comment liked hundreds of times. “It’s hard to understand why people would spend that much on boba [bubble] tea,” said another commentator, adding that it is no small deal to spend 30 yuan per day for a cup of tea.

Despite expressing astonishment towards the figures, the post also led some Weibo users to reflect on their own beverage consuming habits. “I used to be a huge fan of such drinks. But I gradually realized that it may not be a healthy custom,” one commentator said.

This story has been corrected to reflect that it is the domestic market of tea-based drinks, not of new-style milk tea, that was valued at more than 442 billion yuan.

Related: In Depth: To Tea or Not to Tea — Investors Try to Make Sense of Milk Tea Craze