By Huang Yuxin and Denise Jia 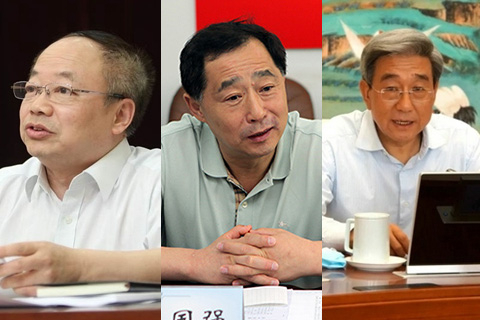 A senior Chinese official in charge of cracking down on cult activities is being investigated on suspicion of violating the Chinese Communist Party’s rules, the nation’s top graft watchdog said Saturday.

Separately, two senior officials were recently prosecuted in Tianjin for accepting bribes, according to the website of the Supreme People’s Procuratorate.

Peng Bo, 64, vice director of the Office of the Central Leading Group on Prevention and Handling of Cult Issues, is undergoing disciplinary review and investigation by the CPC Central Commission for Discipline Inspection, according to the watchdog’s website.

Peng, a journalism graduate of Peking University and a long-time editor at state-owned media outlets, was vice director of the State Council’s Cyberspace Administration before he was put in charge of cracking down on cult activities under the Ministry of Public Security.

Details of his wrongdoing were not disclosed, but usually this type of investigation is related to corruption.

Liu Guoqiang, former vice governor of Liaoning province, was prosecuted in Tianjin Friday for accepting a “large amount” of bribes in exchange for providing help in business operation, obtaining loans, project cooperation and personal promotions to others. He was arrested in January, more than three years after he retired from his position.

Meanwhile, Li Wei, a former senior political adviser to Beijing was also prosecuted in Tianjin. The prosecutors found that Li, former vice chairman of the Beijing Municipal Committee of the Chinese People’s Political Consultative Conference, took advantage of his positions to help others in real estate development and fire control project examination and approval, accepting huge amounts of money and gifts in exchange.