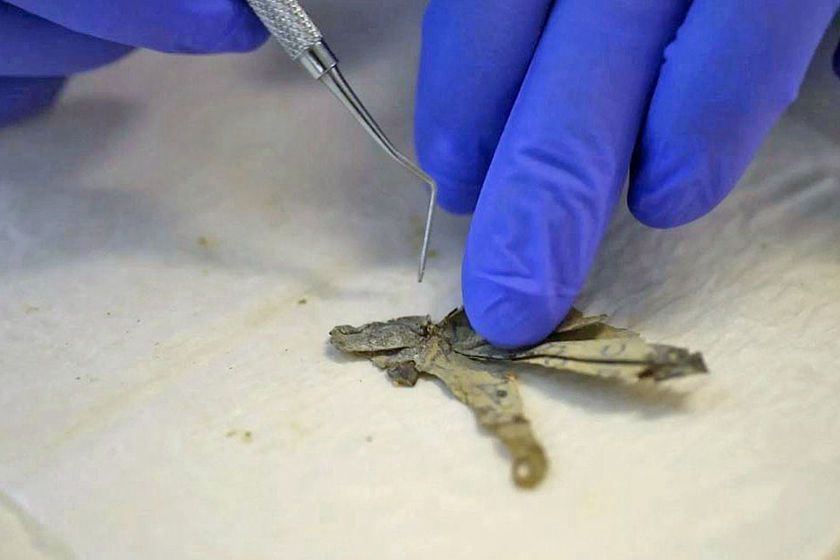 At a laboratory in Jerusalem, a scientist Tuesday shows one of dozens of newly discovered Dead Sea Scroll fragments, which were believed to be hidden in a cave in the Judean Desert nearly 1,900 years ago. Photo: VCG 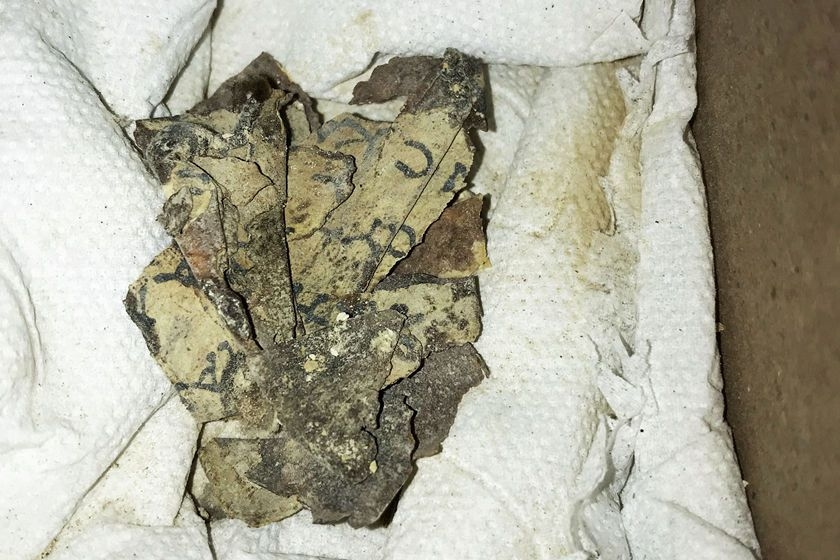 The fragments contain biblical texts. The “Dead Sea Scrolls” refers to a collection of religious manuscripts found decades ago in caves in the West Bank near the Dead Sea. Photo: VCG 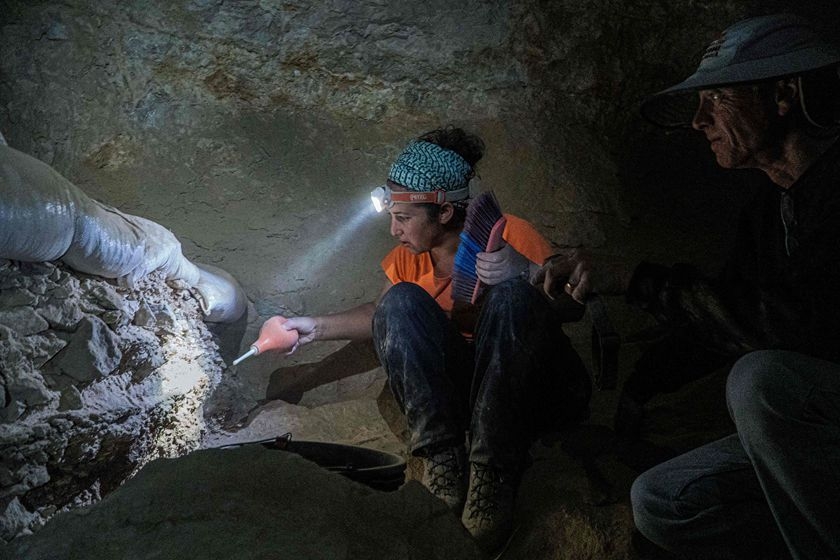 A photo provided by the Israeli Antiquities Authority (IAA) on Tuesday shows archaeologists exploring a cave in the Judean Desert near the Dead Sea. Photo: VCG 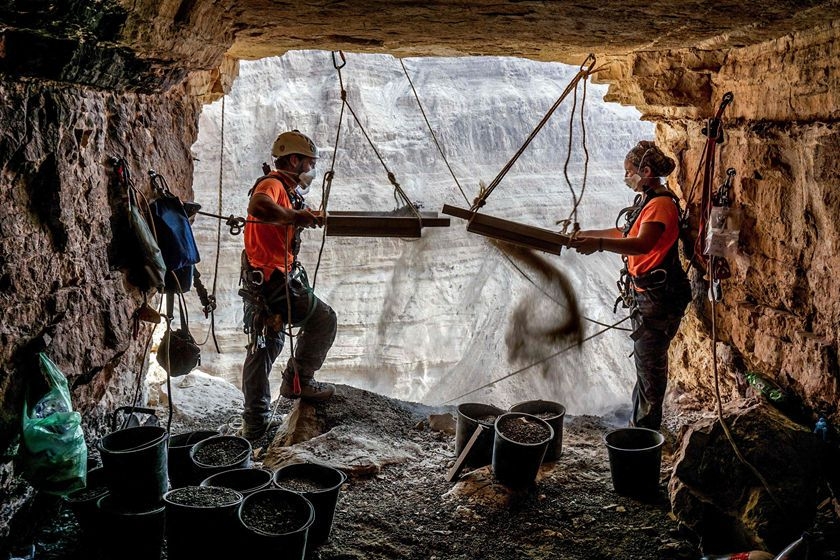 An old photo now available to the public shows archaeologists sifting soil at an excavation in a cave in the Judean Desert south of Jerusalem known as the “Cave of Horror.” Photo: VCG 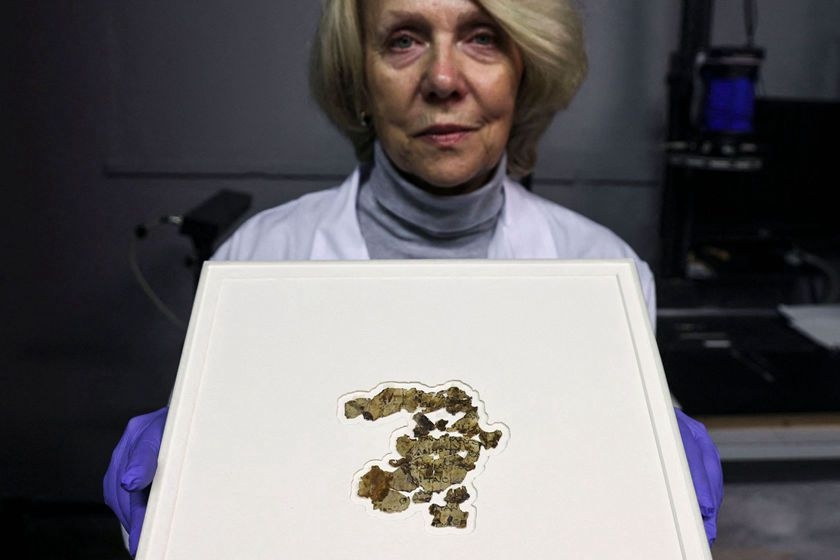 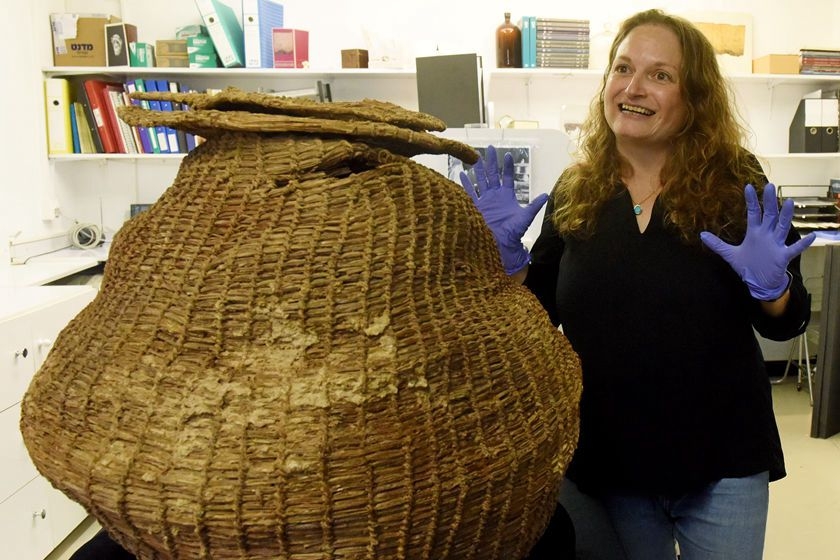 An IAA conservator introduces a 10,500-year-old woven basket that was also recently unearthed from the cave. Photo: VCG 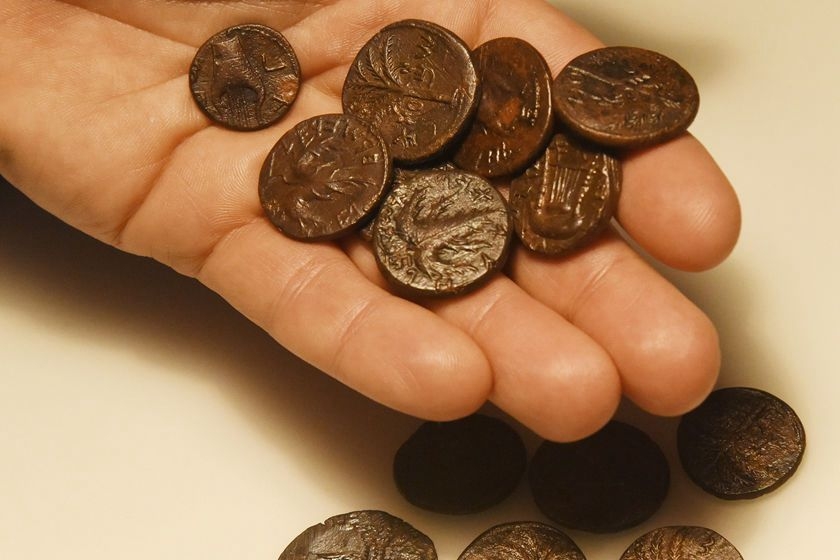