Wang Jisi: How China and the U.S. Can Prevent Further Damage From Their Mutual Distrust 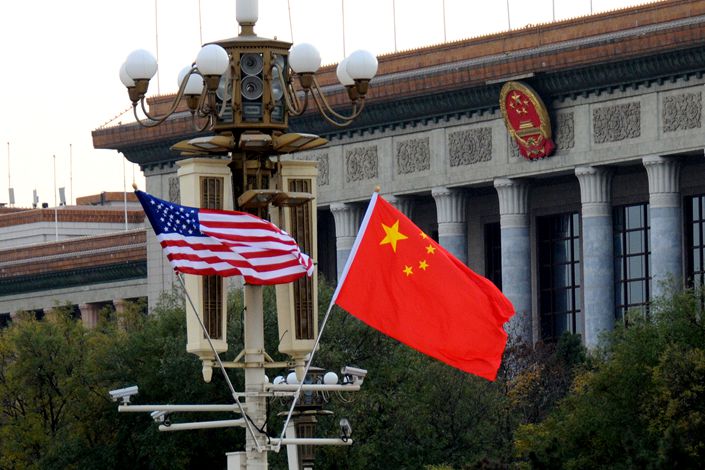 In the past four decades, China and the United States have engaged each other in every dimension of social life. There was no lack of communication, talks and visits until the Covid-19 pandemic. Photo: VCG

Professor Wang Jisi is president of the Institute of International and Strategic Studies at Peking University. This article is based on a speech he delivered at the Lanting Forum in February in Beijing.

Speaking of “rebuilding political trust” between China and the United States, I recall the report I co-authored with my American colleague Kenneth Lieberthal in 2012 on “Addressing China-U.S. Strategic Distrust.” We called for enhanced communication and mutual understanding between the two countries to reduce distrust. Nine years have passed since we wrote it, but, regrettably, China-US strategic distrust has deepened rather than diminished.

In politics and international relations, as in personal relationships, it is difficult to build up genuine trust. We witnessed the intensified contention between the two political parties in America last year that reflected deep distrust between them. If they in the same nation fail to trust each other, how can China and the United States, with different histories, political systems, commercial practices, and cultural values, get to trust each other?

In the past four decades, China and the United States have engaged each other in every dimension of social life. There was no lack of communication, talks and visits until the Covid-19 pandemic. We know each other much better than before. China’s knowledge of America is probably broader and deeper than its knowledge of any other country in the world. And yet I doubt that this knowledge can be translated into trusting U.S. intentions toward China.

To me, the real issue is not how to rebuild mutual trust. The most daunting challenge, I think, is how to prevent political distrust from growing to the point that it leads to more decoupling in social, economic, and technological terms, and turns into a head-on confrontation.

I would like to offer some thoughts in that direction. Of course, we should grasp the opportunities right now to resume communication. But it must be supplemented by comprehending each other’s mindset.

One role model for U.S. scholars is professor Ezra Vogel, who sadly died two months ago. In his numerous writings and tireless speeches, Ezra cautioned against the United States and East Asian countries making policies and taking action against each other without understanding the other side’s cultural traits. In his last email to me on Dec. 14, he attached a draft document entitled “Three Fundamental Differences That Need to Be Bridged” between China and America. He elaborated the two countries’ deep-rooted traditions in promoting economic growth, maintaining cultural values, and selecting or electing political leaders.

In my own experiences, I find one difference between the two countries most illuminating. We in China like the idea of “seeking common ground while reserving our differences.” We state that the common interests between our two countries far exceed our differences. We define common ground by a set of principles like mutual respect and cooperation. Americans, in contrast, tend to focus on hard issues like tensions over Taiwan and the South China Sea. It looks that the Chinese want to set up principles before trying to solve specific problems, but the Americans are eager to deal with problems before they are ready to improve the relationship.

It is, therefore, easy for the Chinese to complain that the United States sets up obstacles to improving relations, while the Americans criticize China for not taking their practical concerns seriously.

I hope we will take actions to address such differences on the road ahead and avoid confrontation resulting from a lack of understanding.