By Anniek Bao and Zhai Shaohui 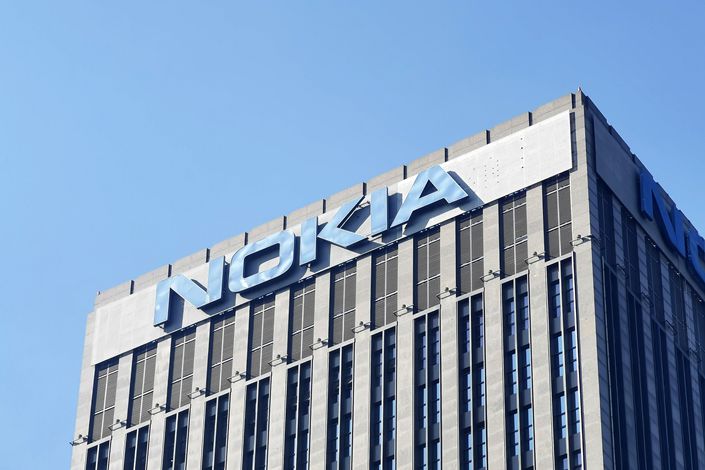 Nokia’s business restructuring is in response to it losing ground in the global 5G wireless network rollout race against Huawei and Ericsson. Photo: VCG

Finnish telecoms equipment giant Nokia Corp. announced on Tuesday plans to cut over 10% of its workforce within the next two years, aiming to trim costs and gear up to challenge its major competitors, China’s Huawei and Sweden’s Ericsson.

The world’s second largest telecoms equipment manufacturer said it would cut up to 10,000 staff over the next 18 to 24 months from its current 90,000 employees. “The exact number will depend on market developments over the next two years,” according to the statement.

The move is expected to help Nokia save 600 million euros ($717 million) by the end of 2023, money that will be used to fund R&D into 5G networks, cloud computing and other digital infrastructure.

Nokia’s business restructuring is in response to it losing ground in the global 5G wireless network rollout race against Huawei and Ericsson. It has not won any 5G infrastructure contracts in China, losing bids to provide services to China’s three biggest state-owned network providers, China Unicom, China Telecom and China Mobile last year.

Sweden’s Ericsson Inc. also secured an 11.4% share of China Mobile’s tenders for more than 230,000 5G station bases last year, and another 33 billion yuan in tenders from one of the other carriers out of a combined 80.3 billion yuan ($12.3 billion) investment.

Trailing Huawei, which held nearly one-third of the global telecoms market in 2020, Nokia retained its position as the world’s second-largest telecoms gear manufacturer with 15% of global market share, 1% down from 2019, according to research firm Dell’Oro Group.

Nokia’s sliding market share reflected a 6% fall in annual sales revenue in 2020 to 21.9 billion yuan. It expects its revenue decline to continue this year as it battles falling prices for products in some markets.

The company expects its share in global 4G and 5G network markets, excluding China, to fall to between 25% and 27% this year, from over 27% in 2020. It also expects net sales this year to continue to drop to as low as 20.6 billion yuan.

The massive layoffs at Nokia are not surprising, said Yang Guang, a senior analyst at industry research firm Strategy Analytics. “Considering its underwhelming performance in the past year, they must make adjustments, although the outcomes remain to be seen,” Yang said.

As Huawei, its biggest competitor, faces headwinds in Western markets, including the U.S. and several European countries which have banned local vendors from doing business with the company, Nokia is expected to benefit from its troubles and take over its market share, industry experts said.