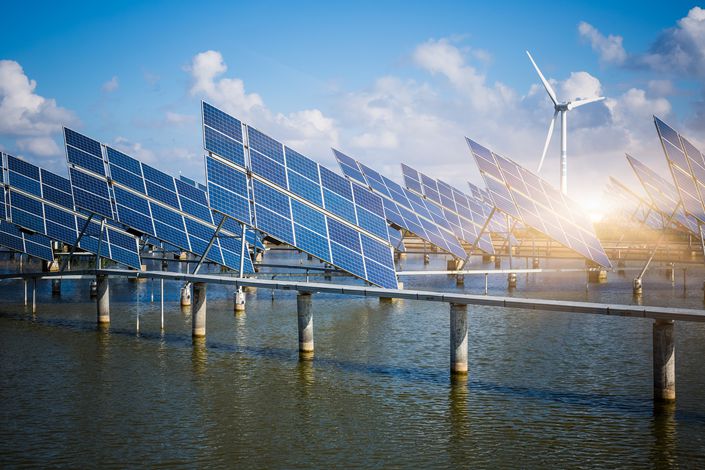 Issuers should use all of the proceeds raised from carbon-neutrality bonds to fund the construction, operation and acquisition of projects that can help reduce carbon emissions, a financial industry group says. Photo: VCG

China’s interbank market regulator has told bond issuers that in principle they shouldn’t spend the proceeds of carbon-neutrality bonds on anything other than green projects.

The move shows how regulators are wielding their power to boost support for greener growth, as the country gears up to meet its bold pledges to peak carbon emission and achieve carbon neutrality.

Bond issuers should use all of the proceeds raised from carbon-neutrality bonds to fund the construction, operation and acquisition of projects that can help reduce carbon emissions, the National Association of Financial Market Institutional Investors (NAFMII), a self-regulatory organization for the interbank market backed by China’s central bank, said in a notice (link in Chinese) released on Thursday.

According to the notice, eligible projects include wind power, hydropower, electric buses, and the renovation of buildings and industrial production lines to make them more energy efficient. Issuers are also allowed to use the bond proceeds to repay debt related to such projects, the notice said.

However, the notice added that the issuers can invest the “temporarily idle” portion of the bond proceeds in secure and highly liquid investments, such as government and policy bank bonds, if doing so does not impact their overall plans.

Some issuers on the exchange bond market have planned to use some of the proceeds from their carbon-neutrality bonds to supplement their liquidity.

On Feb. 24, four state-owned enterprises issued carbon-neutrality bonds on the Shanghai exchange. Three of them — China Energy Investment Corp. Ltd., China Huaneng Group Co. Ltd., and China National Nuclear Corp. — said they will use no more than 30% of the proceeds to supplement liquidity. The CSRC hasn’t released any regulation that requires carbon-neutrality bond issuers to use all the proceeds for green-project related purposes.

The NAFMII’s Thursday notice also suggests that bond issuers recruit third-party professional institutions to measure the environmental benefits of their carbon-neutrality bonds, such as by quantifying the reduction in carbon dioxide emissions, and disclose the benefits in the bond prospectus.

China’s top leadership has set ambitious goals to address climate change. In September, President Xi Jinping pledged that the world’s biggest emitter of carbon dioxide — the chief greenhouse gas contributing to global warming — aims to top out such emissions before 2030 and achieve carbon neutrality by 2060. The target will require the transformation of the world’s second-largest economy.