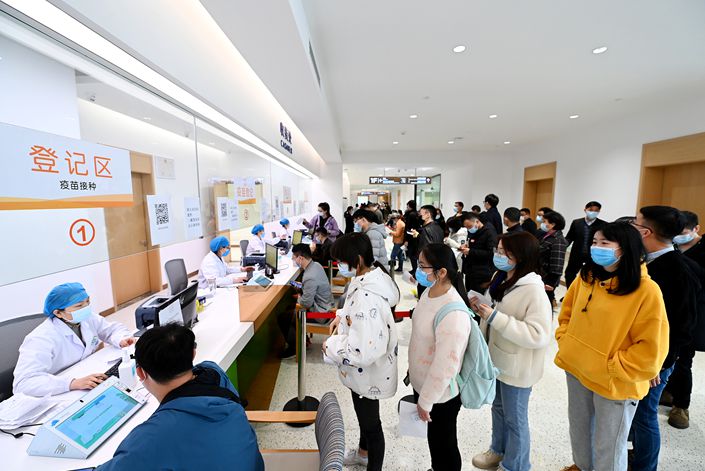 Nearly seven out of every 100 Wuhan residents developed antibodies against the coronavirus over the first five months of Covid-19 outbreak in the city that was once the epicenter of China’s epidemic, according to a new paper published in The Lancet medical journal.

The study also found that 82% of the people who had antibodies were asymptomatic, suggesting that “symptoms in many infected individuals might be too mild for them to need medical attention.”

In addition, nearly 40% of the people with antibodies also developed neutralizing antibodies that defended cells from the pathogen for more than nine months after exposure, the paper said. That indicates that passive and active immune strategies could be considered to protect the at-risk population from severe infection or reinfection.

“Our durability data on humoral responses indicate that mass vaccination is needed to effect herd protection to prevent the resurgence of the epidemic,” the paper said.

The paper, which examined more than 9,000 people from 4,600 households that lived in Wuhan for least 14 days after Dec. 1, 2019, provided the first longitudinal population-based cross-sectional study about the depth of the outbreak in the city.

Thirty Chinese scientists from national and local medical institutions and laboratories participated in the research, which was funded by the Chinese Academy of Medical Sciences, Peking Union Medical College, the National Natural Science Foundation and the Ministry of Science and Technology.

Almost 60% of confirmed cases on the Chinese mainland occurred in Wuhan, according to the paper. An unprecedented lockdown that ran from Jan. 23 to April 8 last year managed to stop the coronavirus from spreading further in the city.

During the lockdown, action was taken to control the epidemic, including social distancing, closing schools and factories, restricting travel, seeking out cases proactively, isolating the infected, and tracing and quarantining their close contacts.

With the declaration of a global pandemic and the development of vaccines, assessing the proportion of the population that has been infected and has gained immunity to the virus is of the “utmost importance for determining effective prevention and control strategies to reduce the likelihood of future resurgence of the pandemic,” the paper said.

The study adopted a multistage, population-stratified, cluster random sampling method to systematically select 100 communities from Wuhan’s 13 districts. Households were systematically selected from each community and all family members were invited to community health care centers to participate, according to the paper.