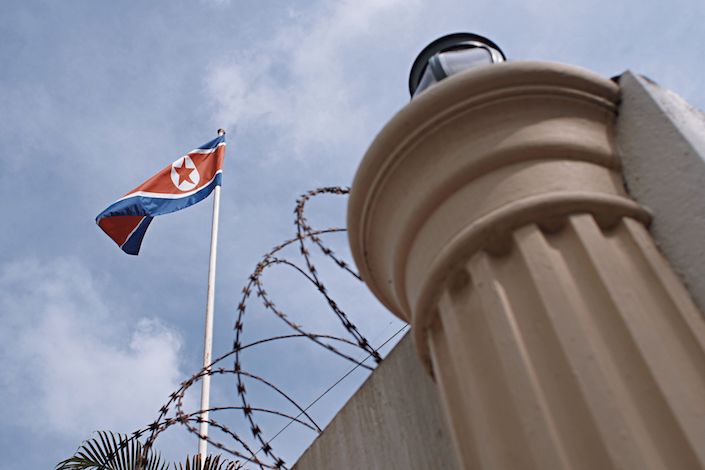 (Bloomberg) — Kim Jong Un’s regime cut off diplomatic relations with Malaysia, accusing it of a “super-large hostile act” after its top court ruled a North Korean man can be extradited to the U.S. to face money-laundering charges.

North Korea’s Foreign Ministry on Friday accused Malaysia of acting “in subservience to the U.S. pressure,” and said it “will bear full responsibility for all the consequences to be incurred between the two countries,” according to the state-run Korean Central News Agency.

Malaysia’s Foreign Ministry in a statement said that North Korea’s unilateral decision has “compelled” the Southeast Asian country to shut its embassy in Pyongyang. It will also issue an order to all the diplomatic staff at North Korea’s embassy in Kuala Lumpur to leave the nation in 48 hours from today.

Malaysia and North Korea had maintained good ties for decades as members of the Non-Aligned Movement, which grew out of the Cold War in the early 1960s. But relations soured after the half-brother of Kim Jong Un was murdered in a nerve agent attack at the Kuala Lumpur airport in 2017, with international speculation pointing the finger at the North Korean leader.

Earlier this month, Malaysia’s top court ruled in favor of the extradition of Mun Chol Myung, a North Korean living in Malaysia, whose lawyers called the U.S. charges against him as politically motivated, the Associated Press reported.

Mun was detained in Malaysia in May 2019 following allegations of conspiracy to launder money, as well as violating United Nations sanctions, Malaysia’s Foreign Ministry said. The acts are offenses under Malaysian laws, and Mun’s extradition was carried out after the legal process had been exhausted, the ministry added.

“With regard to the grave situation that has prevailed, the Ministry of Foreign Affairs of the DPRK hereby announces total severance of the diplomatic relations with Malaysia,” the KCNA report said, referring to the country by its formal name, the Democratic People’s Republic of Korea.