Opinion: Why Anchorage May Be Only a Beginning for China-U.S. Relations 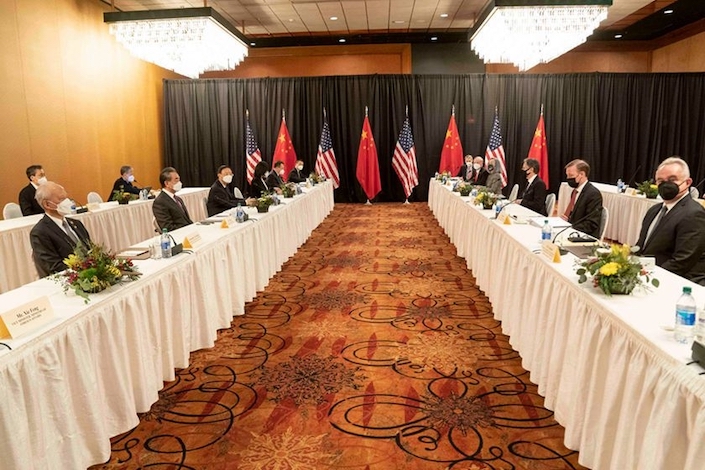 The first high-level meeting between China and the U.S. under the Biden administration began Thursday in Anchorage, Alaska.

The first high-level, face-to-face strategic dialogue between the United States and China since President Joe Biden took office opened in the far northern U.S. city of Anchorage, Alaska, in the extreme cold of -18 degrees Celsius.

The temperature resembled the state of U.S.-China relations, which have plunged into a deep freeze over the past four years, especially since the Trump administration started a trade war in 2018. The confrontation between the two sides on a range of issues such as Hong Kong and Xinjiang was not tempered by the power shift in the White House.

On the contrary, following a recent series of geopolitical maneuvers by the Biden administration, a dark cloud hovered over the talks even before they began. Chinese Ambassador Cui Tiankai said in his pre-talk visit that China does not expect a single dialogue to solve all the problems between the U.S. and China and therefore does not have high "expectations or illusions."

The talks got off to the rocky start on Thursday when the two sides used opening statements in front the cameras to trade sharp rebuttals.

Even so, we still think the first face-to-face discussion between the U.S. and China, held less than 100 days after the Biden administration took office, is remarkable in itself. Forty years after the U.S. and China established diplomatic ties, it is a test of each other's strategic stamina or patience. This patience reflects the probability of a competitive and even confrontational relationship for quite some time to come.

It is reassuring that the two sides, especially the Chinese representatives, did not walk away after the U.S. "surprise attack" but continued the talks behind closed doors after a polite and respectful rebuttal. As far as is known, there are no plans to cancel the scheduled three-phase talks. By contrast, Yang Jiechi and then-Secretary of State Mike Pompeo cut short of their June 2020talks in Hawaii.

Moreover, at a time when the pandemic is still raging and a large number of international meetings and talks are "in the clouds," the face-to-face contact between the highest-level diplomatic representatives demonstrates the importance of Sino-U.S. relations. For the U.S., China is a country that cannot be bypassed, whether in extreme competition or in confrontational conflict. If the Cold War allowed the U.S. and the Soviet Union not to interact in areas other than the military, in today's globalized world, the U.S. cannot afford a similar decoupling from China. In this sense, the so-called new Cold War narrative is not accurate.

Regardless of how China and the United States define the nature of the talks, the representatives sent by China — Yang Jiechi, the highest-ranking diplomat in charge of foreign affairs, and Foreign Minister Wang Yi — are a rare pairing in recent years. At the same time, the combination of the top officials from the U.S. State Department and the White House National Security Council is also rare. Whether in the "whole-of-government" mode or to avoid internal divisions, this "2+2" pairing is often seen in dialogues between the U.S. and its allies (foreign minister + defense secretary).

At a time of turbulence in the U.S.-China relationship, it is unlikely for the Alaska talks to deliver breakthroughs or significant outcomes. The list of competitive aspects of the relationship is growing and intensifying, while the scope and topics of cooperation are growing narrower and narrower. In view of this, we need full patience and perseverance, first based on domestic development and reform. Behind any negotiations and dialogue is a contest of national power.

Starting from a position of strength has always been the basis of U.S. diplomacy, and the same applies to a rising China. In the next four years, it would be a victory if U.S.-China relations could avoid the vicious cycle of "shotgun" style pressure-countermeasures as during the later period of the Trump administration. It would be a surprise if they could go further and do something in areas such as climate change and nuclear nonproliferation.

Back in Anchorage, in the words of Cui Tiankai, the dialogue will be a success if both sides can start a process of frank, constructive and rational dialogue and communication.