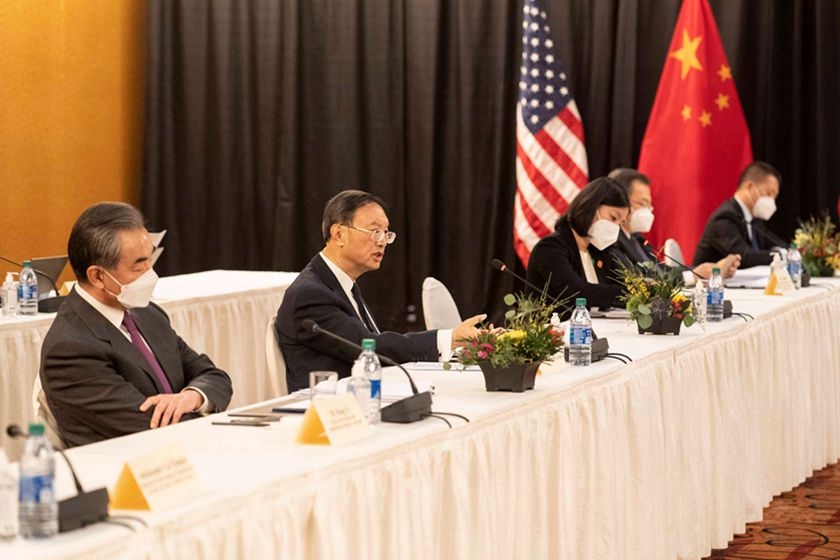 Chinese politburo member Yang Jiechi speaks to his U.S. counterparts Thursday at the opening session of the China-U.S. talks in Anchorage, Alaska, in the U.S. Photo: Liu Jie/Xinhua 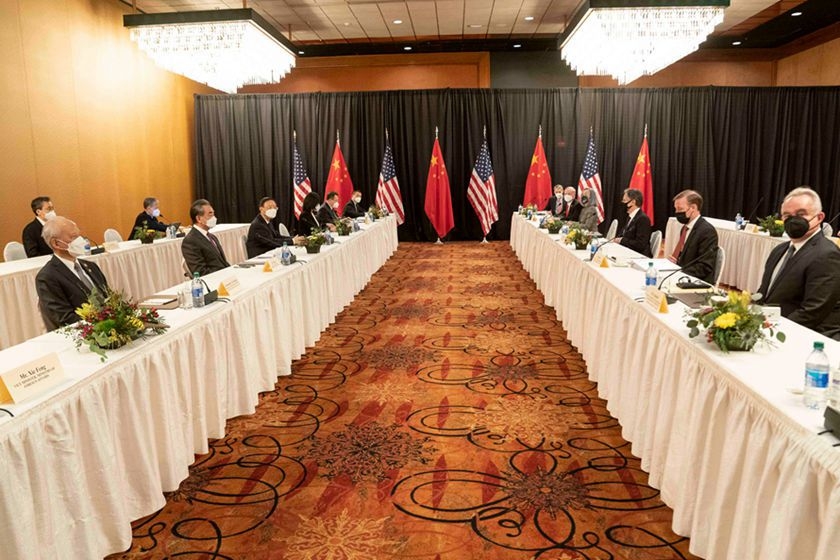 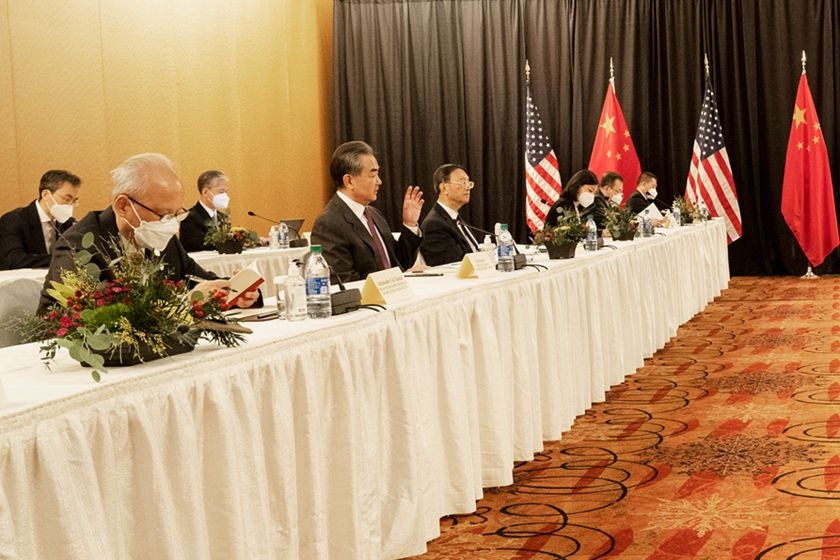 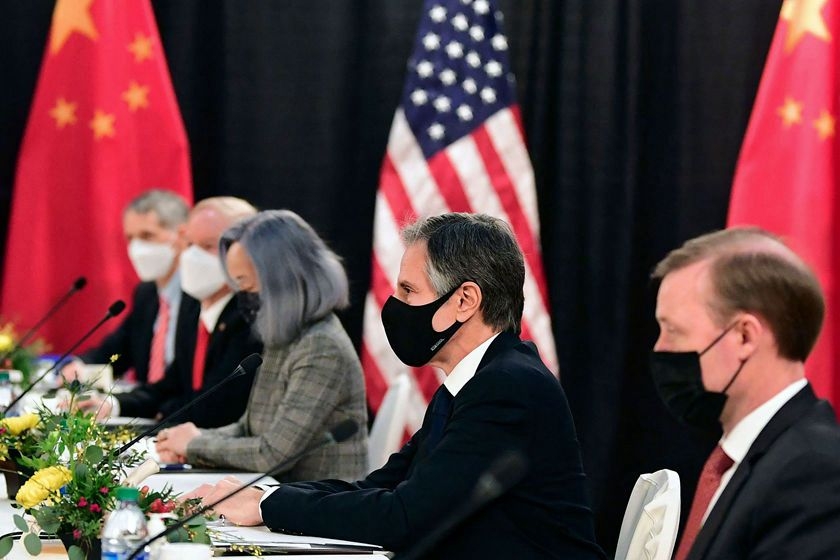 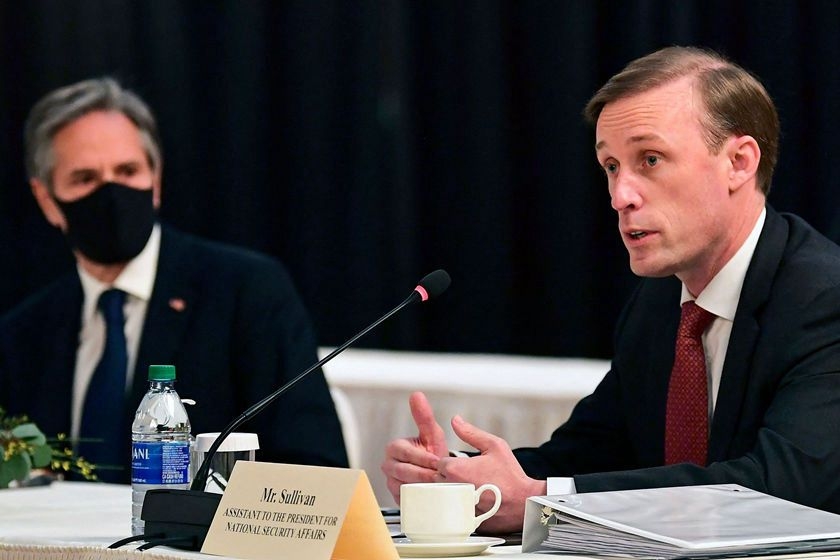 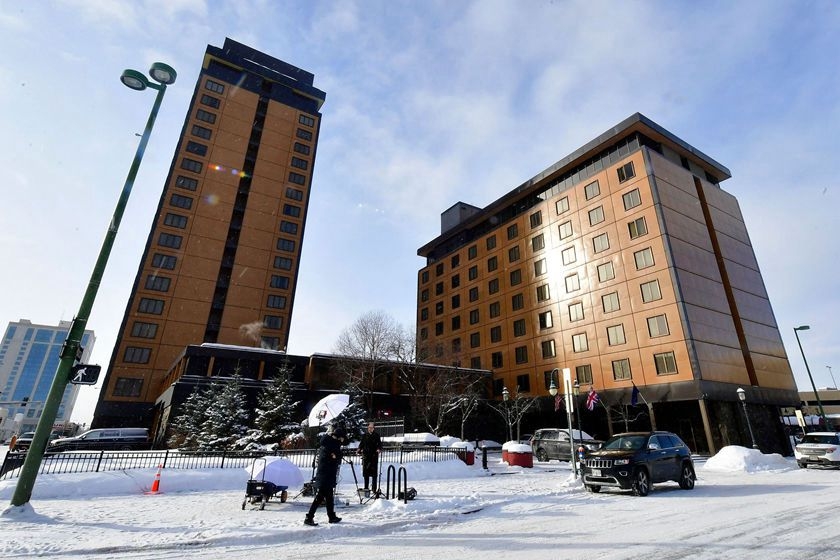 The meeting was scheduled in three phases, with the last slated to finish Friday morning at the Captain Cook Hotel. Photo: VCG