Editorial: The Era of Close Platform Economy Supervision Has Arrived 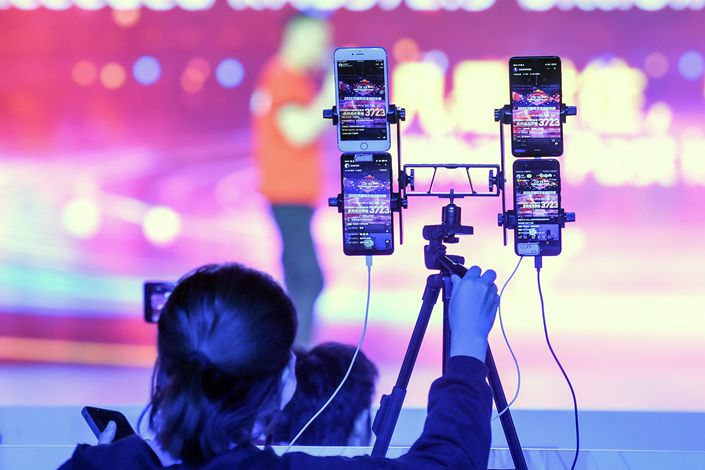 When it comes to the platform economy, regulation, health and sustainable development are all essential. At a recent meeting held by the Central Financial and Economic Affairs Commission, President Xi Jinping pointed out that “the development of China’s platform economy has entered a critical stage.” Problems emerging over the past few years are becoming increasingly acute. Regulatory authorities must act decisively. Such resolve can be seen from the recent release of the State Council’s Anti-Monopoly Guidelines for the Platform Economy and the Measures for the Supervision and Administration of Online Transactions, along with the decision to inflict administrative sanctions in 10 cases of illegal mergers involving industry giants Tencent, Baidu, Meituan and Didi. The era of close platform economy supervision has arrived.

However, close supervision does not automatically lead to healthy development. Better regulation of the platform economy will result from the intensity of the regulatory process. It will also depend on the rules’ clarity and completeness. On the other hand, the platform economy already has its own complex and self-sufficient system of governance. With users in the hundreds of millions, internet platforms have a huge impact on China’s economy and the daily lives of citizens. The big questions now are whether China’s internet platforms are willing to adhere to the principle of fair competition and how motivated they are to purify their internal ecosystems. The development of the platform economy is at a crossroads. If platforms cooperate with regulators and observe the rules, the platform economy might prosper; but if not, conflicts between the platforms and regulatory authorities might escalate further, ultimately to the detriment of China’s broader economy.

The rise of the platform economy is a manifestation of China’s economic trends and public demand. It has upended the outmoded traditional business ecosystem. Thanks to a variety of innovations, along with inclusive and prudent supervision, the platform economy has grown rapidly, even becoming a “monolith.” Internet platforms’ rise from small businesses to tech giants has come along with a rewriting of the rules of business, but not all these new rules uphold public order or morality. As platforms grow and assume dominance, they also engage in unethical business practices — for example, leveraging big data to abuse trust or forcing consumers into either-or choices. While great gains have been had via the growth of the platform economy, it has also begun to pose risks. Its negative externalities are increasingly evident. All kinds of online gambling and scams take refuge on internet platforms; in some cases, the platforms collude to keep such practices going. The platform economy intended to throw off the shackles of the traditional business model, but the results may betray its original intention. Internet platforms must be wary lest they not become the very villains they once set out to defeat.

It’s just about time that platform enterprises should face up to their problems and engage in some serious introspection. The State Administration for Market Regulation recently penalized five enterprises engaged in community group sales. These internet platforms were using their competitive advantages in capital and traffic to dump goods at a low price. Burning money to secure the market is a way to secure a monopoly and ultimately raise prices, which creates unfair conditions for competition. Some of the platforms even used fraud to deceive consumers. Not only will this inflict losses on smaller operators, it will potentially harm the rights and interests of consumers as well. Dumping and waging price wars to elbow out competitors or monopolize the market are nothing new. These signs of platforms’ drive to expand have been around for some time now. Such practices have even constituted the norm for platforms, who didn’t need to worry about oversight. However, boundaries are finally being set in the context of close supervision.

Platform operators need to seriously ask themselves: Can we keep turning a blind eye to the rules of fair competition? Is it appropriate to keep expanding without limits? Those in the platform economy have a sense of superiority and privilege. They think their subversion and rewriting of the rules have rendered all restrictions that stand in their way outdated: Anti-monopoly measures are unnecessary, and the basic principles of corporate governance may be ignored. It is with this self-aggrandizing mindset that they boldly declare their war on regulation. What they fail to see, however, is that the environment has changed.

Close supervision is necessary, and it must proceed in a proper manner. The tried-and-true methods of inclusive and prudent supervision are often reduced to weak or no supervision in practice. Sometimes it even becomes a case of regulatory capture. China’s current abundance of practices for regulating the platform economy may pose severe challenges to supervision, but they also lay a foundation for the improvement of supervision. Indeed, while platform governance remains a difficult task around the world, and many areas have yet to be explored, we should concede that the current regulatory system is far from satisfactory, and there is a clear gap between China’s regulatory standards and those of developed economies. Proposals made at the recent Central Financial and Economic Affairs Commission meeting focused on filling gaps and loopholes in the rules, clarifying platform enterprises’ responsibilities for data security, improving regulatory capacities and standards, strengthening anti-monopoly supervision and asserting supervisory authority. These proposals do not only indicate a direction for platforms, they also issue a warning.

Close supervision should avoid becoming a supervision “movement,” however, because fluctuations in the intensity of regulation will only compromise its authority. A sudden intensification of supervision will not be sustainable. Supervision should be stable, accurate and predictable. These are the necessary elements of good governance. Regulation itself should be governed by the law. Punishment is not the goal. The important thing is for supervision to establish industry rules. This will enable market players to hold stable expectations. A lot has been said against anti-monopoly measures, little of it convincing or justified. Without prior cases to provide a frame of reference, regulatory authorities will find it difficult to lay down well-defined rules, which in turn will make it hard for enterprises to make predictions from a place of stability.

Proper regulation of the platform economy will require prompt legislation. There are many gaps and loopholes that need to be plugged immediately. Data property rights are a prime example. Data is an important new production factor and, increasingly, the key point of competition between platforms. However, current legal provisions for data property rights are vague, leading to blatant discrepancies in understandings of data property rights ownership. As a direct result, infringements on personal information rights are rampant.

In short, both the operation and regulation of the platform economy need to follow the rule of law. Platform governance is essentially a matter of business. There is no need to exaggerate platforms’ harmful behavior or denounce them for it in public. Supervision shouldn’t beat the life out of the platforms; on the contrary, it should make their existence sustainable. The platform economy is an important part of China’s new economy. As such, we expect it to promote benefits and eliminate harms, and, with the help of supervision, enter a new stage of development.