Opinion: How China Can Make Its Shrinking Workforce More Educated 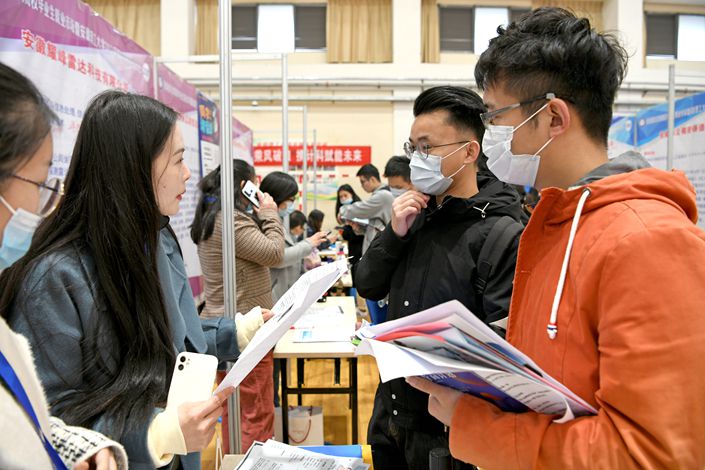 The shrinking of China’s working-age population is becoming an increasing drag on economic growth. The government’s strategy is to raise the educational attainment of its diminishing labor force, while gradually raising retirement ages. The recently unveiled 14th Five-Year Plan (2021-25) calls for increasing the average years of education of China’s working age population from 10.8 years in 2020 to 11.3 years in 2025. While it seems an ambitious goal at first glance, China is on track to realize it.

What makes the shrinkage of working-age population even more worrying is the fact that China’s labor force is inadequately educated. In the first two decades of economic reform (1980-2000), China underinvested in human capital. As a result, by 2015 only 30% of China’s work force had a high school or better education. This is well below initial levels of human capital of other successful modernizers in East Asia. For example, when South Korea and Taiwan were beginning to transition away from a reliance on unskilled manufacturing in the early 1980s (a point China entered about 2015), nearly three-quarters of their work forces had graduated from high school.

Aside from rolling out a plan to raise the retirement age step by step, the 14th Five-Year Plan also calls for increasing the average years of education of China’s working age population from 10.8 years in 2020 to 11.3 years in 2025, or 0.1 year of education per year.

This seems an ambitious goal at first glance. Given China has a working-age population of 989 million as of 2019, raising the average years of education by half a year in five years means that the working-age population will need to accumulate 495 million more years of education in total in the next five years. That is equivalent to ask 165 million Chinese people to start and finish a 3-year high school education.

Nevertheless, this is not a stretch and China is on track to realize it. Figure 2 shows that the average years of education of China’s working age population grew by about 0.1 year of education per year during the 12th and 13th five-year plans spanning 2010 through 2020. A simple model we developed shows that the incoming cohorts of the working-age population during 2020 through 2025 need to have average years of education between 12.6 and 14.7 years in order for China to realize the goal.

How do China’s aspirations compare internationally? The 2025 average of 24 advanced economies projected in the Barro-Lee Educational Attainment Dataset is 12 years, more than 0.7 year higher than China’s goal of 11.3 years in 2025.

But Cui Jifang (2019) shows that as the younger generations in China are substantially more educated than the older generations, China will likely accumulate human capital much faster than many advanced economies where educational attainment across generations varies little. Cui estimates that the average years of education that China’s working-age population will reach between 12.6 and 12.8 years in 2035, the year China aims at becoming a “moderately developed country.” This is higher than the 2035 advanced economy average of 12.3 years projected in the Barro-Lee dataset, even surpassing the levels of most European countries including Austria, Belgium, Denmark, Finland and France.

Now the question is what China needs to do to make this truly materialize. One area of critical importance is rural education, given that the high school attainment rate of working-age rural residents is only one-fourth that of urban residents. Since more than 70% of China’s future labor force aged below 20 now are living in rural areas and small towns, China can no longer afford to leave another generation of young people in rural areas undereducated. The 14th Five-Year Plan calls for expanding capacity of urban schools to enroll more children of migrant workers while improving rural education. Hopefully, that will bring some meaningful changes.