By Tang Ailin and Song Tianjiao 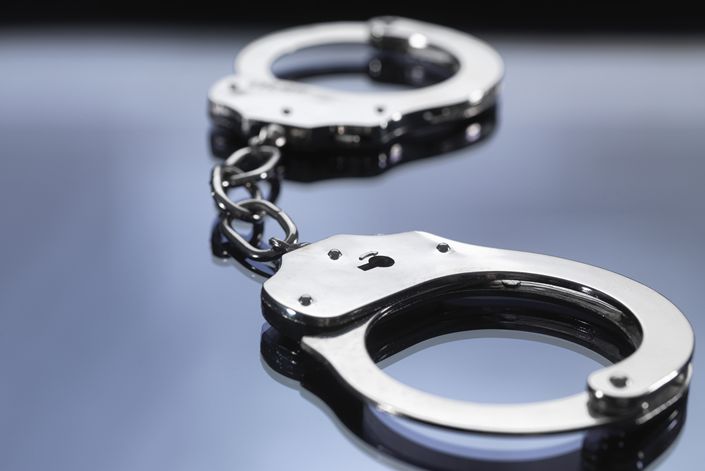 A recent court verdict revealed that 26-year-old auxiliary officer of the Lianyungang city police had engaged in affairs with — and extorted cash from — nine officials from early 2014 to 2019. Photo: VCG

Social media was rocked by the revelation that a young Jiangsu province auxiliary police officer had extorted 3.7 million yuan ($568,000) from numerous local officials by threatening to reveal the affairs she had with them.

A court verdict revealed that 26-year-old Xu Yan, an auxiliary officer at the Haizhou district branch of Lianyungang city police, had engaged in affairs with — and extorted cash from — nine officials from early 2014 to 2019. In China, auxiliary police are usually unarmed employees of the police service with which they are affiliated.

Xu was sentenced to 13 years in prison and fined 5 million yuan. She appealed and the case is heading for a second trial.

Facing the heavy sentence and wide criticism on China’s social media, Xu’s father argued in an interview with online media outlet Red Star News that “If they said my daughter was blackmailing them, why not report it to the police at that time ― some of them are policemen. The fault is not solely my daughter’s.”

The verdict describes the relationship between Xu and the chief of Lunan Police Station in Haizhou district, whose name is only given in the document as Liu. Caixin can confirm that “Liu” is Liu Xiangbing, who was promoted to deputy chief of Haizhou police bureau and a member of its Communist Party committee before the scandal emerged. Liu was dismissed from these positions in May 2019 and probed for graft in June that year. A month after his detention, Xu was also taken into official custody.

The verdict reveals that the pair was first in a relationship from March to May 2016. That ended after Xu demanded 200,000 yuan from Liu, threatening that her mother would make trouble at Liu’s workplace because she knew Xu was pregnant.

The relationship began again in March 2018, and ended in April 2019 when Xu extorted 1.08 million yuan from Liu as compensation for a miscarriage.

According to court documents, the graft-busters of Lianyungang’s Guannan county searched Liu’s office and both their homes, finding 500,000 yuan in watches, cash, bracelets and shopping cards. Property belonging to Xu’s sister was also seized.

In the course of the investigation, Xu revealed that he began an affair with Liu in 2016, that she demanded money and that he paid it to her.

The Guannan People’s Court ruled Liu took advantage of his position to accept bribes worth 746,000 yuan from 26 people. In exchange, Liu provided preferential treatment to hotels, entertainment venues, massage parlors and firework stores. He also interfered in cases being handled by other officers. Of these ill-gotten funds, 240,000 yuan was ultimately given to Xu.

Liu’s crimes also included neglecting to arrange surprise inspections for the businesses and reducing the punishments for hotels that failed to properly record their guests’ information. He once improperly approved bail for someone accused of providing a venue for prostitution.

Liu plead guilty to all charges. In January 2020, he was fined 200,000 yuan and sentenced to two and a half years in prison.

Besides Liu, Xu was involved with three other police officers — the deputy chief of the police of Lianyungang’s Guanyun county, and two police station chiefs. The others include the boss of a hospital’s labor union, the deputy director of a health center and a primary school principal.

The court documents reveal she extorted these men for amounts ranging from tens of thousands of yuan to as much as 1 million yuan during her various relationships.

On March 12, the Guannan government announced that these officials had received non-criminal punishments by late 2019, including being dismissed from their government and Communist Party positions.

Because Xu cooperated after her arrest and confessed to her crime, she was granted official leniency by the court. However, this still amounted to 13 years behind bars and a fine of 5 million yuan. She is now awaiting a second trial after filing an appeal.

The fact that Liu was given a far shorter sentence than Xu sparked public debate.

Ruan Qilin, a professor at China University of Political Science and Law, told Caixin that in extortion cases, the punishment is determined by the amount involved.

The law says that those who extort a large amount of money should be given prison sentences of over a decade. According to a 2013 Criminal Law interpretation released by China’s top judicial and procuratorial authorities, “large amounts” of money begin at 300,000 yuan — less than a tenth of the total amount extorted by Xu.