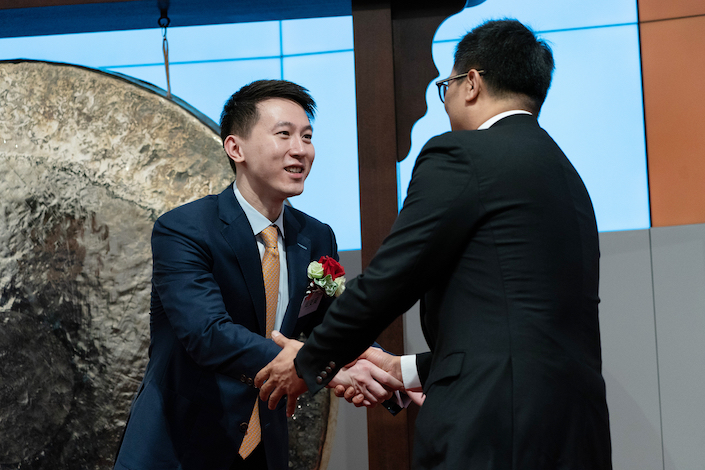 Chew Shou Zi, then chief financial officer of Xiaomi, at the company’s listing ceremony at the Hong Kong Stock Exchange on July 9, 2018.

Chew, who oversaw Xiaomi’s initial public offering as its chief financial officer in 2018, thanked his boss Lei Jun, founder and chief executive of Xiaomi, for the years of guidance. His appointment fuels speculation over ByteDance’s plans to go public.

The background: Before joining Xiaomi in 2015 as CFO, Chew was a partner at DST Global, a venture capital firm and early investor in Xiaomi, as well as Chinese tech giants including JD.com Inc., Alibaba Group Holding Ltd., and Didi Chuxing.

Chew is heading to ByteDance at a time when the operator of the world’s largest short-video app is facing increasing competition from domestic rivals and is eagerly searching for new growth drivers as its Douyin app nears its peak in user growth.