North Korea Fires First Ballistic Missiles in About a Year 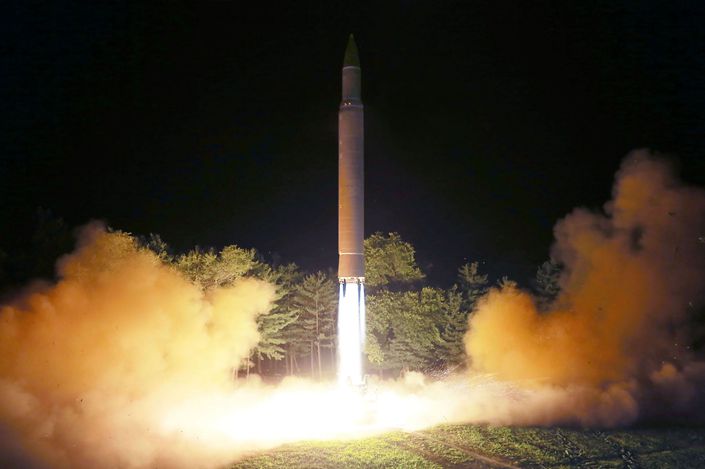 (Bloomberg) — North Korea fired its first ballistic missiles in a year, providing an early challenge for U.S. President Joe Biden as he forms his policy toward Kim Jong Un’s regime.

Japanese Prime Minister Yoshihide Suga confirmed North Korea fired two ballistic missiles on Thursday in breach of United Nations resolutions, while South Korea’s Joint Chiefs of Staff said what were likely short-range ballistic missiles landed in waters between the Korean Peninsula and Japan. The U.S. Indo-Pacific Command said it was monitoring the situation and consulting with allies, adding that its commitment to defend Japan and South Korea “remains ironclad.”

“These missile launches, the first in roughly a year, pose a threat to the peace and security of our country and the region,” Suga said. “We’re determined to work closely with the U.S., South Korea and other related countries to fully protect the people.”

Japanese and South Korean officials said the missiles flew about 450 kilometers (280 miles) at an altitude of under 100 km, a distance and trajectory suggesting they were similar to the nuclear-capable short-range ballistic missiles North Korea tested under the administration of Donald Trump. He mostly dismissed the significance of the launches, focusing instead on the benefits of his personal dealings with Kim.

North Korea has typically released images of its tests through its state media several hours after they take place, giving an indication of what sort of missile was fired and whether Kim was on hand to offer field guidance for the launch.

Kim is testing how Biden will react, part of a longstanding playbook of feeling out new U.S. presidents in an effort to put North Korea’s interests on the agenda of policy makers in Washington. The North Korean leader made clear in talks with Trump that he’s open to rolling back parts of his nuclear program in exchange for sanctions relief, but won’t entertain giving up the weapons entirely.

“If the U.S. responds and reacts to every single ‘business-as-usual’ test and provocation, we will simply fall into the same trap that previous administrations have been prone to do,” said Soo Kim, a Rand Corp. policy analyst who previously worked at the Central Intelligence Agency. “But determining which provocations matter and how we’ll go about responding and signaling consequences for North Korea will be more important.”

North Korea has rebuffed the Biden administration’s attempts to talk, with its First Vice Foreign Minister Choe Son Hui calling them a “time delaying trick.” Secretary of State Antony Blinken and Defense Secretary Lloyd Austin visited Seoul last week in their first trip to the region since taking office, and U.S. National Security Advisor Jake Sullivan will host his counterparts from Japan and South Korea next week to discuss a coordinated strategy toward North Korea.

Since 2019, North Korea has extensively tested short-range ballistic missiles capable of carrying a nuclear warhead and striking all of South Korea, where about 28,500 U.S. military personnel are stationed.

South Korea held a meeting of its National Security Council, which said in a statement released by the presidential Blue House the launch posed a grave concern and it would work with the U.S. and other related countries to analyze the test. Japan’s top government spokesman, Katsunobu Kato, said Tokyo lodged a strong protest against Pyongyang.

The launch serves as a reminder that Kim’s nuclear arsenal remains among the U.S.’s biggest foreign policy challenges despite Trump’s unprecedented face-to-face summits with the North Korean leader. Although Kim made a vague commitment in 2018 to “work toward complete denuclearization of the Korean Peninsula,” he has continued to advance his nuclear weapons program.

Before becoming secretary of state, Blinken had called Trump’s personal diplomacy a failure and advocated for a multilateral approach that seeks disarmament in stages. North Korea had balked at Trump’s suggestion that it must give up its nuclear weapons program completely before receiving relief from sanctions choking its economy, instead seeking an incremental approach of rewards for disarmament steps.

North Korea on Sunday fired two cruise missiles that flew over the sea between the Korean Peninsula and China, a launch that is allowed under UN resolutions.