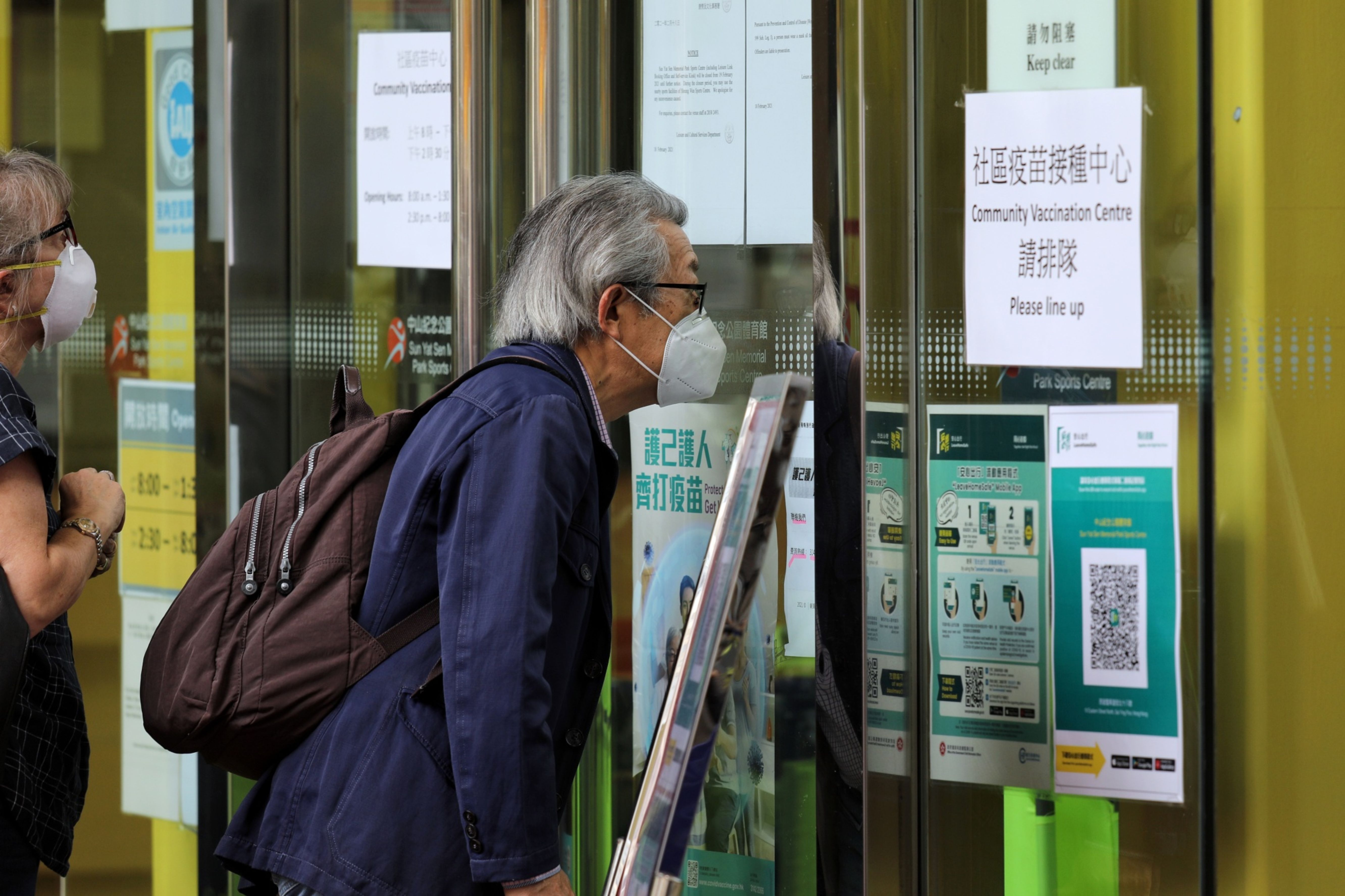 A person looks through a door into a closed community vaccination center administering the BioNTech Covid-19 vaccine imported by Fosun Pharma in Hong Kong. Photo: Bloomberg

(Bloomberg) — Hong Kong expects preliminary findings of an investigation into packaging defects of the BioNTech SE Covid-19 vaccine as early as next week, the South China Morning Post reported on Saturday, citing a senior official.

Patrick Nip, secretary for the civil service, personally called the senior management of regional distributor Shanghai Fosun Pharmaceutical Group Co. to ask for a new shipment of the vaccine should safety concerns arise with the batches already in Hong Kong, the newspaper quoted him as saying.

Hong Kong will give priority to those needing booster shots when the BioNTech vaccination resumes, he was reported to have said on a radio show. He hoped people would be able to get their second dose before mid-April.

The government began to administer immunizations on March 6, with recipients set to take the booster shot after 21 days. Hong Kong and Macau suspended use of the vaccine on Wednesday, as BioNTech and Fosun began a probe into tilted or loose vial caps and minor stains on a small number of bottles.