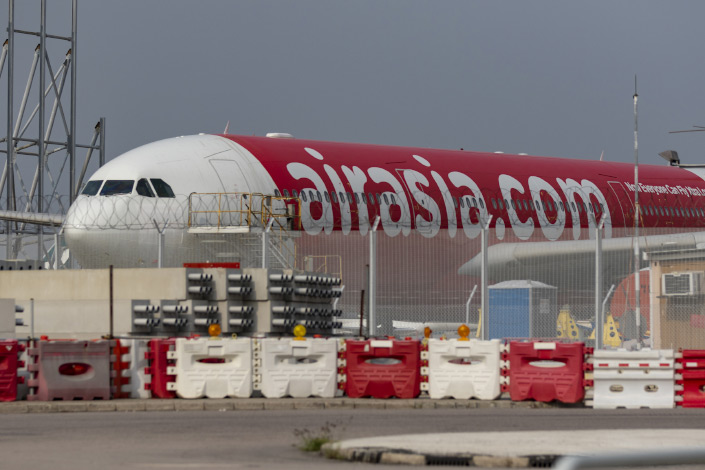 Nikkei Asia — Low-cost carrier AirAsia Group racked up its worst ever annual earnings in 2020 as a result of domestic and international border closures to contain the spread of the coronavirus pandemic, it said Monday, but talks on digital health passports and rapid Covid-19 immunization programs promise better prospects this year.

Tony Fernandes, AirAsia’s CEO and co-founder, was upbeat about the future and said recovery was in sight.

“With vaccination programs accelerating around the world, improved testing capabilities, the likely introduction of global digital health passports, formation of leisure travel bubbles in the region and contactless procedures already in place for AirAsia, we are very optimistic that international air travel will resume in the second half of 2021, leading to our full recovery within the next two years,” he said in a separate statement.

AirAsia said that pandemic lockdowns announced in Malaysia for October and November also weighed on revenue in the fourth quarter.

The airline said it is continuing with cost-containment measures, including manpower and salary cuts for management, staff and directors, while efforts to preserve cash include negotiations for restructuring payments with suppliers, partners and others as well as restructuring fuel hedging positions.

Fernandes referred to AirAsia having unloaded a 32.7% stake in AirAsia India while shutting down AirAsia Japan.

“All of these tough decisions were made to ensure a quick recovery in ASEAN where our brand is strongest,” he said, referring to the 10-nation Association of Southeast Asian nations.

Throughout 2020, the airline earned 377.2 million ringgit on the disposal of engines and gained 229.4 million from the disposal of significant stakes in AirAsia India to Tata Sons.

AirAsia is currently raising 2.5 billion ringgit for working capital, including a loan of 300 million ringgit from the Sabah state development bank and working on an undisclosed loan amount from the federal government dedicated to assisting companies affected by Covid-19 with a government guarantee.

“Also, in Malaysia, we have secured commitments from banks for [a] government guarantee[d] loan under the Danajamin Prihatin Guarantee Scheme and it is in its final stages of terms discussion and finalization,” the company said.

Fernandes was quoted in the local press recently as saying that AirAsia is awaiting approval of loans from several banking institutions totaling 1 billion ringgit. The airline also completed the first tranche of its private placement of up to 20% of the group’s total issued shares last month, raising over 250 million ringgit.

In an interview with Nikkei Asia earlier this month, top AirAsia Group executives revealed ambitious plans to expand its digital footprint as the core airline business remains desperate for Malaysian authorities to reopen domestic borders by end of April to prevent yet another round of drastic cost-cutting measures.

Bo Lingam, president for airline operations, said the carrier’s financial resources are being depleted and can only be managed if the domestic routes are reopened by end of this month, failing which the company would be forced to dismiss more employees on a furlough basis.

Some 3,000 existing employees are under the scheme — mostly pilots and back-end processing.

In contrast, AirAsia Digital, the holding company for non-airline businesses, is heading toward a potential spinoff within the next five years, said Aireen Omar, its president, adding that it is building core businesses including restaurant, food delivery and courier services to further entice investors.

“We are encouraged by the early signs from our digital transformation... and expect our digital and non-airline revenues to contribute around 50% to the group in five years,” he said in his statement.