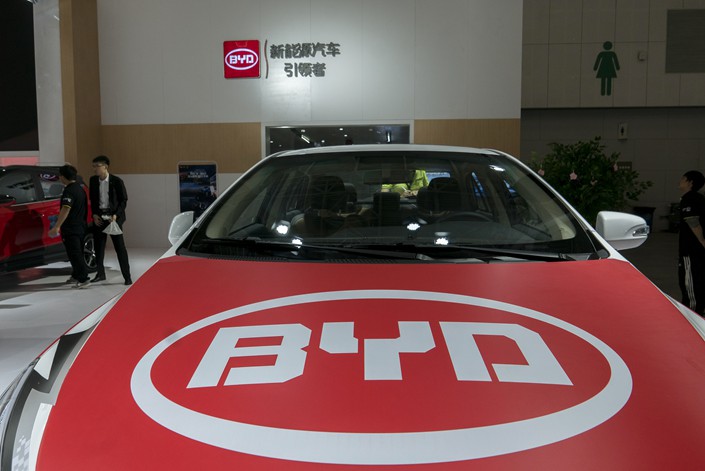 BYD Co., the Chinese electric-vehicle maker in which Warren Buffett’s Berkshire Hathaway holds a stake, said profit more than doubled last year thanks to a recovery in demand in the world’s biggest car market.

Shenzhen-based BYD’s net income surged 162% to 4.2 billion yuan ($644 million) in 2020, with operating revenue climbing to 153.5 billion yuan, according to its annual report. The company also estimated first-quarter profit will rise as much as 166%.

The profit guidance was lower than market expectations, Citigroup Inc. said, adding that it was rational given low seasonal demand for new energy vehicles in the first quarter. BYD fell 4.6% as of 10:15 a.m. Tuesday in Hong Kong.

Founded in 1995 by billionaire Wang Chuanfu, BYD is one of China’s EV pioneers and has been riding a wave of demand since last April, when the nation’s auto market started to emerge from a two-year downturn. Momentum has been aided by government incentives for buyers and the country’s rebound from the worst of the coronavirus pandemic. Total EV sales in China reached 1.37 million units last year, according to China Association of Automobile Manufacturers.

With demand rising, the EV market has become increasingly competitive. Global leader Tesla Inc. is vying with local manufacturers including BYD, Nio Inc. and Xpeng Inc., while older local companies including Zhejiang Geely Holding Group Co. and SAIC Motor Corp. are moving into the space, too. BYD introduced its Han model in July and sold 40,556 units by the end of the year. It also launched its Song Plus, Tang, e2 and e3 models in the second half of 2020.

Covid-19 provided BYD an opportunity to branch out into a new, high-demand area last year: face masks. The company said last March that it had become the world’s biggest manufacturer of the protective gear within two months of the virus emerging in Wuhan. Its other businesses include batteries, handset components, energy storage and urban rail transit systems.

BYD’s Hong Kong-listed shares more than quadrupled in value last year, though they’ve since fallen almost 40% from a Jan. 25 high. In Shanghai, the company’s stock climbed 308% in 2020 before slipping 13% so far this year.

More than half of Chinese consumers planning to buy a car would prefer a new energy vehicle over one powered by an internal combustion engine, according to a survey of 1,600 people by CLSA. That’s up from a third in 2018, thanks to lower prices, better quality vehicles, easier access to license plates and government subsidies, CLSA said.