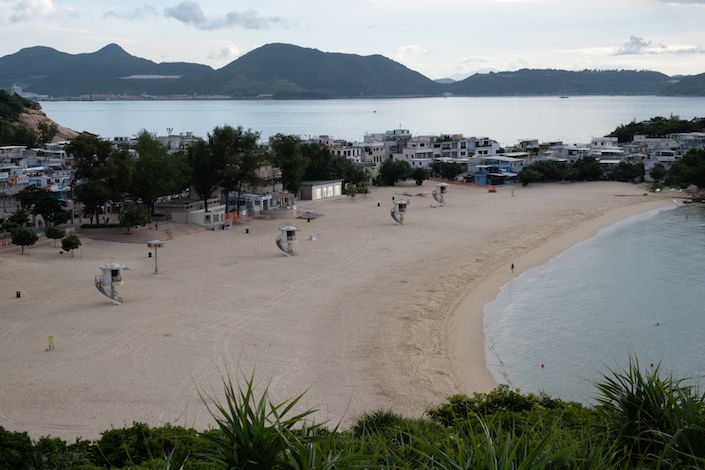 (Bloomberg) — Hong Kong will shorten the mandatory hotel quarantine to 14 days from 21 for people coming from low-risk areas including Singapore, Australia and New Zealand as the city works to reopen its pandemic-battered economy.

People coming from medium-risk areas who have been vaccinated will also be asked to quarantine for only 14 days, officials said Monday at a briefing. An additional seven days of self-observation will be required for both groups.

Hong Kong will resume discussions over travel bubbles with several countries including Singapore, Secretary for Commerce and Economic Development Edward Yau said. Singapore said it received a proposal from Hong Kong about reopening borders for travel and will respond shortly.

Officials also said Hong Kong will allow swimming pools and public beaches to reopen Thursday and will relax some other Covid-19 related social distancing rules after bringing a recent outbreak involving the business and expatriate community largely under control.

Capacity at movie theaters and theme parks will be increased to 75%, officials said. Authorities will also propose easing curbs on religious gatherings, though bars and karaoke venues will remain closed.

Covid cases in the Asian financial hub have faded over the past week after authorities tamped down the outbreak by cordoning off certain residential buildings, ordering employees at dozens of workplaces to take compulsory tests and sending hundreds of people into government quarantine facilities.

Hong Kong’s virus-related measures are some of the most stringent in the world. The city loosened some restrictions in February, opening venues including sports centers, beauty parlors, theme parks and cinemas — its first easing in nearly three months.

Despite being one of the world’s most densely populated cities with 7.5 million people, Hong Kong has had a relatively low number of coronavirus infections compared with hot spots around the world and recorded early success in containing Covid-19 last year.