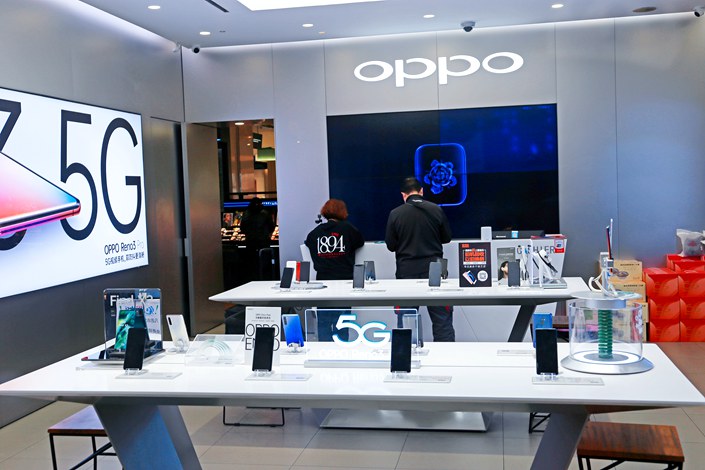 China’s Xiaomi and Oppo are both forecast to grow their presence in the UK smartphone market in the first quarter of 2021 with high single-digit market shares, helped by Huawei’s decline and their deeper partnerships with local mobile carriers.

In the three months through March, Xiaomi and Oppo are likely to take the third and fourth spots respectively in the UK smartphone market, putting them ahead of Huawei, which started suffering a sharp contraction in sales from the second half of last year as a result of component shortages caused by the U.S. sanctions, according to Strategy Analytics.

Besides Huawei’s decline, the research firm also attributed the rise of Xiaomi and Oppo to their strategies of prioritizing the shipping of their 4G and 5G-enabled smartphones directly to local British mobile operators including O2, Vodafone, EE/BT and Three, which are increasing their 5G service coverage and showing more interest in sourcing price-competitive 5G smartphones.

Strategy Analytics did not specify exactly how large a share of the UK smartphone market Xiaomi and Oppo may grab during the period.

The crippling U.S. policy of cutting off Huawei’s access to handset chips made with American technology has given other Chinese smartphone makers an opportunity to raise their market shares at home or overseas, not just on the UK.

In Latin America, Xiaomi for the first time became one of the top three smartphone sellers in the fourth quarter of 2020 with a market share of 6.7%, while Huawei dropped out of the top five, according to a report by Counterpoint Research.

In China, Oppo for the first time overtook Huawei to be the biggest smartphone vendor in January with a market share of 21%, while Huawei fell to the third spot tied with Apple and Xiaomi, another Counterpoint Research report showed.