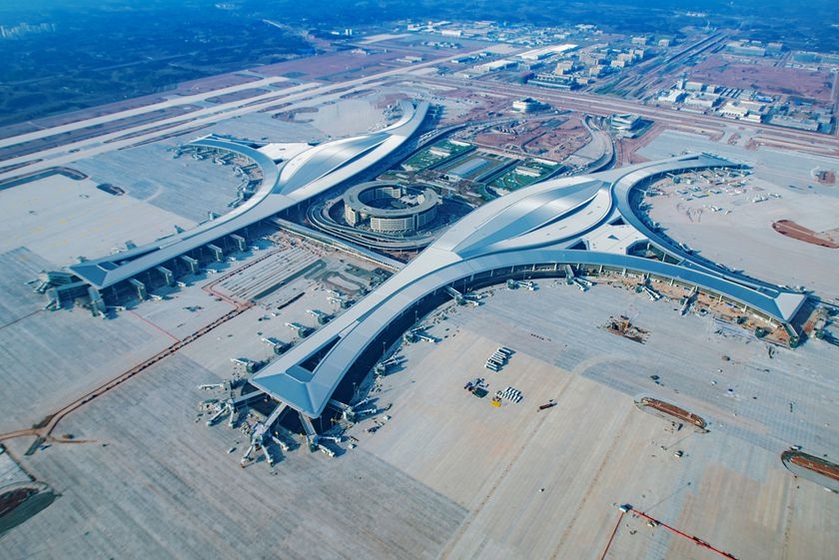 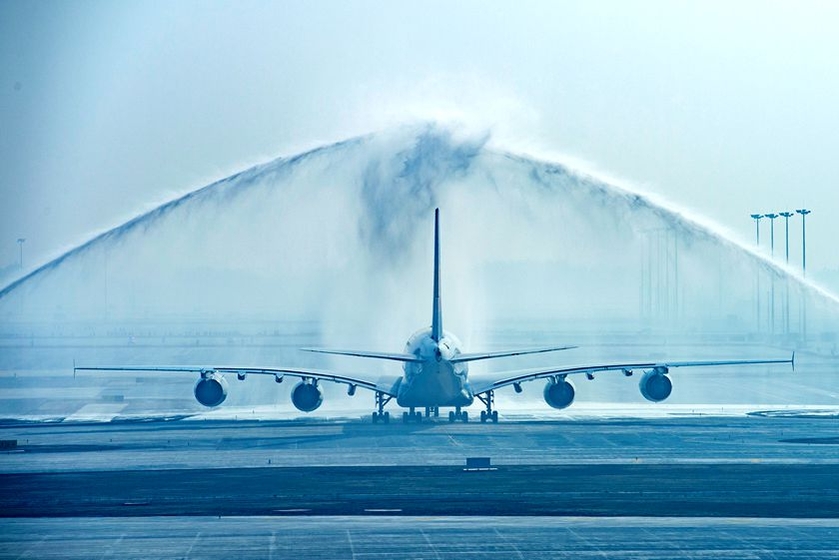 A China Southern Airlines A380 airliner completes a test flight at the airport on Jan. 22. Photo: Tao Ke/Red Star News/VCG 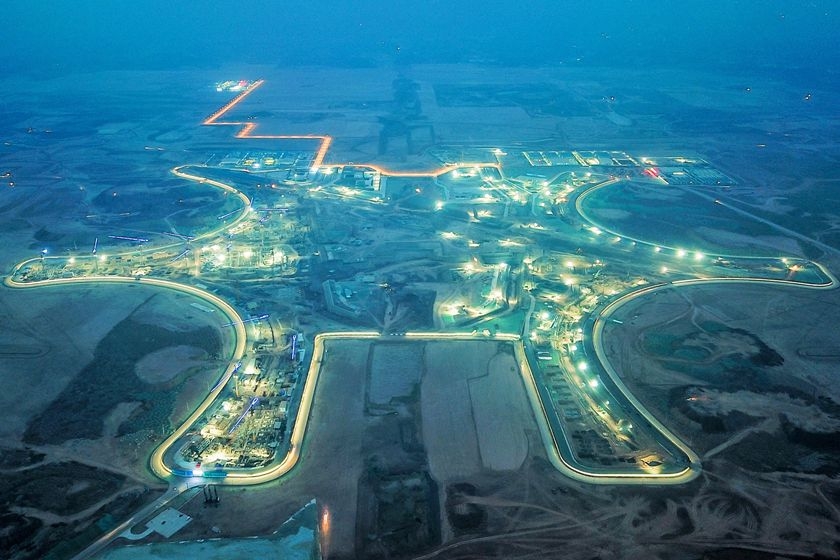 The new airport features two terminals. Its design was inspired by a mythical bird that Chengdu uses on its logo. Photo: VCG 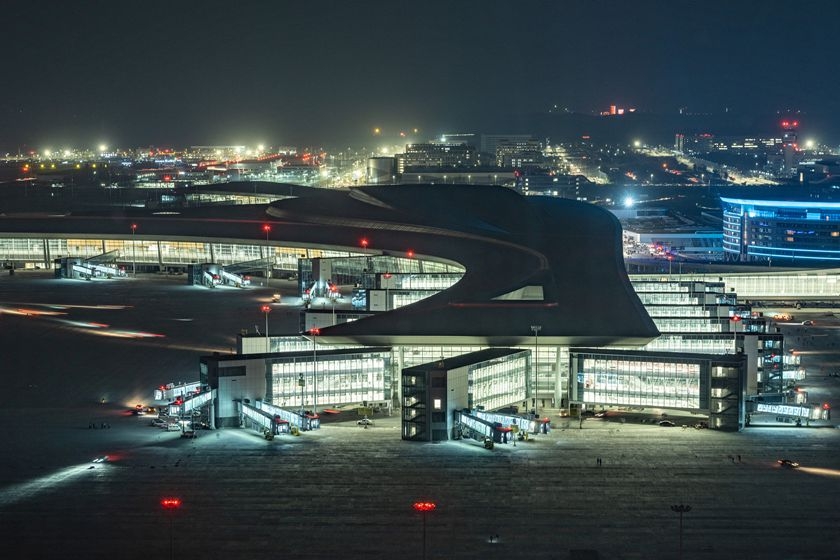 Lights illuminate the airport Tuesday as the construction of the terminals was completed. Photo: VCG 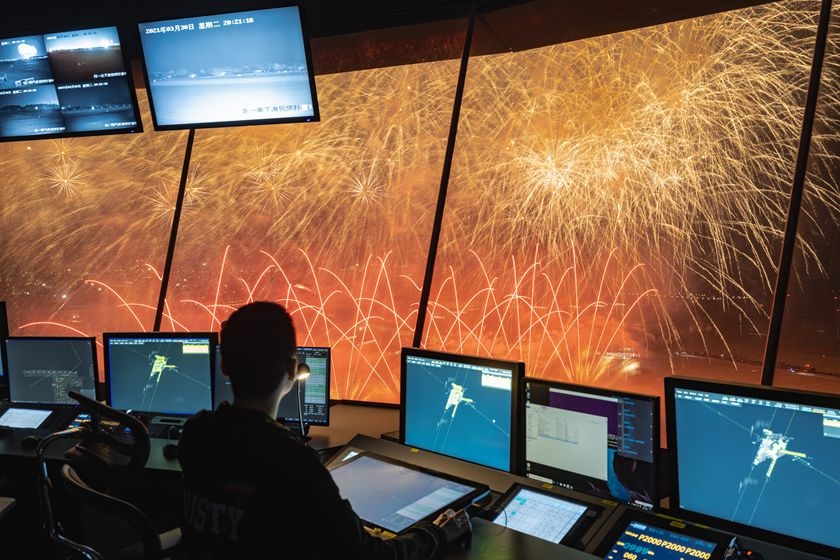 An airport employee on Tuesday looks at a firework display to celebrate the completion of construction on the terminals. Photo: VCG 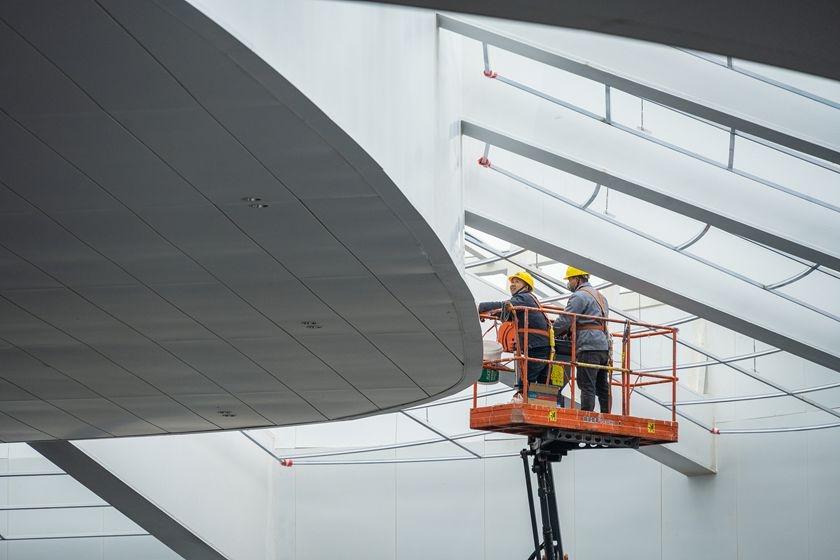 Workers examine the paint on the ceiling inside the airport on Dec. 27. Photo: VCG 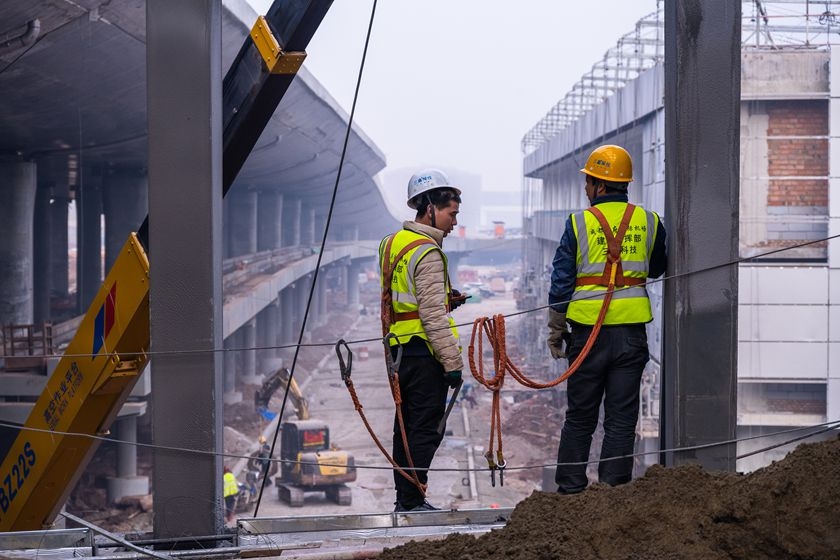 Workers stand at the airport’s construction site on Dec. 27. The airport is scheduled to open by the end of June. Photo: VCG 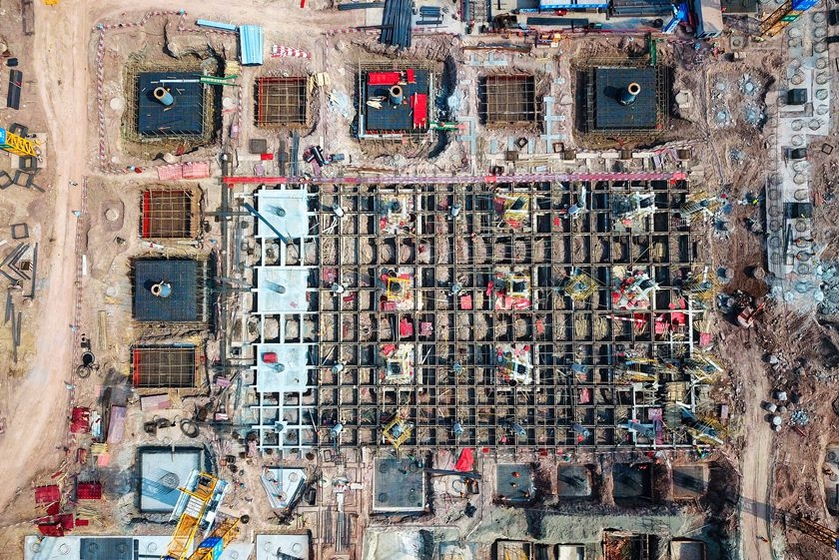 The new airport will cover more than 1.2 square kilometers and is expected to be able to handle up to 90 million passengers every year, far more than that of the existing Chengdu Shuangliu International Airport. Photo: VCG