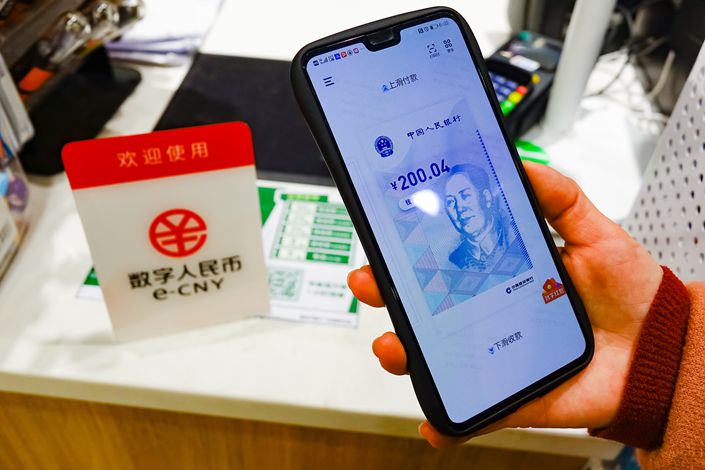 Under a one-day central bank-sponsored pilot program, Hong Kong residents were allowed to use the virtual yuan to make payments in neighboring Shenzhen. Photo: VCG

China’s central bank has put its virtual yuan through a new set of paces by allowing select Hong Kong residents to use it to make payments across borders, state media reported Thursday.

Under a one-day pilot program sponsored by the People’s Bank of China (PBOC), Hong Kong residents could use the central bank-developed digital currency to pay for things in the neighboring city of Shenzhen, across the border between the special administrative region and South China’s Guangdong province, according to state-run newspaper the Shenzhen Special Zone Daily.

The trial, which took place on Tuesday, highlights the PBOC’s interest in expanding testing of its digital currency, which has so far been limited to retail payments on the Chinese mainland.

In early December, the Hong Kong Monetary Authority (HKMA), Hong Kong’s de facto central bank, announced that it was preparing for “technical pilot testing” of using digital yuan for cross-border payments in collaboration with the PBOC.

Because the yuan is already widely used in Hong Kong, the digital version of the currency, designed as a replacement for cash, will bring greater convenience to Hong Kong and Chinese mainland tourists by offering an additional payment option to those who need to make cross-border purchases, HKMA Chief Executive Eddie Yue said in an article announcing the collaboration.

Hong Kong residents who regularly travel to Shenzhen can register a digital wallet with a daily transaction limit up to 50,000 yuan, after verifying their identity with their mainland travel permit, according to the newspaper’s report.

In addition, Hongkongers who occasionally visit Shenzhen and don’t have the mainland travel permit can only use their Hong Kong phone number to open a digital wallet that allows anonymous payments up to a smaller amount, the report said.

The pilot program also chimes with China’s recently published five-year plan, a policy blueprint (link in Chinese) for the country’s economic and social development for 2021 to 2025, which proposes to “steadily promote research and development of the digital currency.”

China is accelerating the rollout of its virtual yuan. Since October, several cities, including Shenzhen, have used the digital currency to provide millions of yuan of coupons to local residents as part of ongoing pilot programs.

Over the next few years, policymakers plan to expand testing of the digital yuan in several regions, including Guangdong-Hong Kong-Macao Greater Bay Area in southern China, according to a plan released in August by the Ministry of Commerce.