Opinion: Why is China’s A-Share Market so Gloomy? 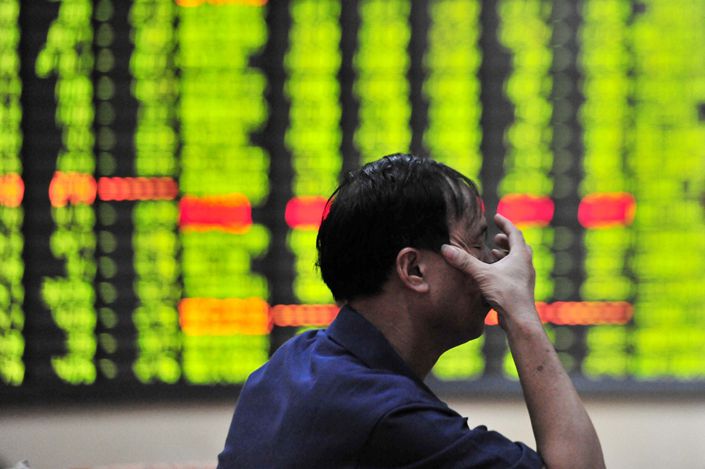 The complexity of the A-share market is innate and distinctive. The only reasonable response is to maintain a sober attitude. Photo: VCG

China’s A-share market has exhibited fluctuations since the Lunar New Year in February. Remaining bearish, it continues to depress its shareholders. So, what is the cause for the gloominess of the A-share market?

Economic fundamentals would suggest that after the period of high growth China’s economy experienced in January and February, its growth rate will gradually return to normal levels — industrial added value at 6% to 7%; total retail sales of consumer goods at 7% to 8%; fixed-asset investment at 5% to 6%. In terms of economic momentum, after achieving its post-pandemic recovery, China’s economy will most likely enter a period of stability. Thus the market may seem slightly sluggish, meaning that the economy’s performance will not be so exciting.

In the meantime, crackdowns on illegal financing and tough measures on the real estate market have further shaken market confidence. China’s economy has always been highly correlated with the credit cycle, as have the capital and real estate markets. Adding in China’s early-stage austerity policy, it is understandable that the A-share market lacks confidence and is seeing sell offs. On the whole, China’s credit crunch cycle is estimated to stretch into next year. During this period, risk events are inevitable.

However, something should be pointed out. When comparing the past few credit crunch cycles, we see that their impact on the real economy gradually shrinks; in fact, they often have an obvious “prepositional effect” on the financial market.

It seems that the A-share market has finally changed its style: shifting its attention from high-growth stocks to traditional blocks with low valuations, the latter obtaining a significant inflow of funds. There are both similarities and differences here to the performance of the U.S. market. For the NYSE, growth blocks represented by tech firms will gradually rise after a retracement. Thus market investors generally won’t sell off easily.

The phenomenon of “huddling around certain stocks” in the A-share market over the past two years has been a regular sight. It is a tradition for the A-share market to bet on one particular stock, having a “stock deity” and then overthrowing it soon after. This is a sign of great impatience. It remains true that in the end the good stocks will prevail, though most investors find it difficult to be so patient.

Once we understand the concerns of the market, we can make predictions about its rebound.

First of all, the market needs to adapt itself to China’s new monetary policy direction, or the People’s Bank of China needs to adopt a relatively loose monetary policy. It may take one or two months to realize the first target, and about the same amount of time for the second, while waiting for a significant weakening of economic indicators.

Second, for the market to gradually digest negative information on certain industries’ concentrated suppression, there should be an event that can first foment and then dispel panic. It is hard to tell the exact timing, but as long as such an event happens, the bottom is bound to emerge. Third, the market should gain confidence. In April, companies’ quarterly reports will be published; this is an important time. In general, as those companies have already been researched and exposed, the chance of any “bombshells” is slim.

The complexity of the A-share market is innate and distinctive. The only reasonable response is to maintain a sober attitude.