In Short Supply and Hot Demand, Chip Prices Could Keep Rising All Year 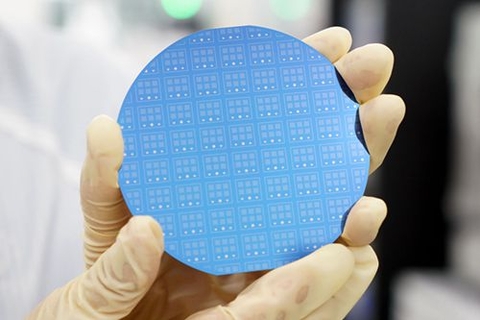 Semiconductor prices are expected to continue rising throughout 2021, as a combination of supply disruptions and robust demand leave their mark, and growing input costs ratchet up pressure.

A rash of suppliers raised prices this month, beginning upstream with companies like Japan’s top silicone producer, Shin-Etsu Chemical Co. Ltd., which in March announced a price increase of between 10% and 20% for all silicone products starting April 1.

Shin-Etsu cited the rising cost of silicon metal, the main raw ingredient in silicones used for chipmaking, which it said was a result of “China’s robustly increasing demand,” alongside other raw material and logistics costs with pandemic disruptions baked in.

The vice president of a Jiangsu diode manufacturer told Caixin that its chip suppliers had upped prices five times since the second half of 2020, for a total hike of about 30% to 40%. A new 10% increase came into effect Thursday, he said.

Meanwhile the firm’s inventories are being quickly consumed by strong downstream demand, and were sitting around half their normal level. The firm is now rationing shipments so as to ensure supply for its partners, the executive said.

“The whole industry is scrambling for (chips), and it’s hard for us to make a purchase,” a power semiconductor salesman in the technology boomtown of Shenzhen told Caixin.

A confluence of factors on both the demand and supply sides has created the shortage. As Covid-19 swept the world last year, surging demand for telecommuting, home entertainment and online education products and services led to a run on consumer electronics like smartphones, PCs and TVs, in turn pushing up demand for the chips they run on.

But demand for smartphone chips also soared as a result of U.S. sanctions intended to cut off supply to technology giant Huawei Technologies Co. Ltd., which prompted the firm to stock up before the sanctions took effect, sparking panic-buying by others.

Non-pandemic supply-side factors have also played a role. Manufacturers in some countries outside China remain partly shuttered due to the pandemic, and strikes at some major factories owned by Europe’s STMicroelectronics NV also played a role. A massive fire in a wafer plant owned by Asahi Kasei Corp. in October also exacerbated the supply crunch.

The chip shortage has already affected the production of automobiles and smartphones. Last week, Chinese EV maker Nio Inc. said it would cease operations for five working days due to the issue.

The market generally expects the supply shortage to continue until the end of 2021, and for prices to continue rising. Semiconductor market research firm IC Insights has raised its forecast of the 2021 growth of global integrated circuit market from 12% to 19%, citing surging shipments and rising average prices.

Major semiconductor foundries have plans to increase capacity. TSMC unveiled on Thursday a plan to invest $100 billion over the next three years to grow capacity at its plants. SMIC (688981.SH) said last month it has signed an agreement with the Shenzhen government to jointly invest in a $2.35 billion project to strengthen chipmaking capabilities.