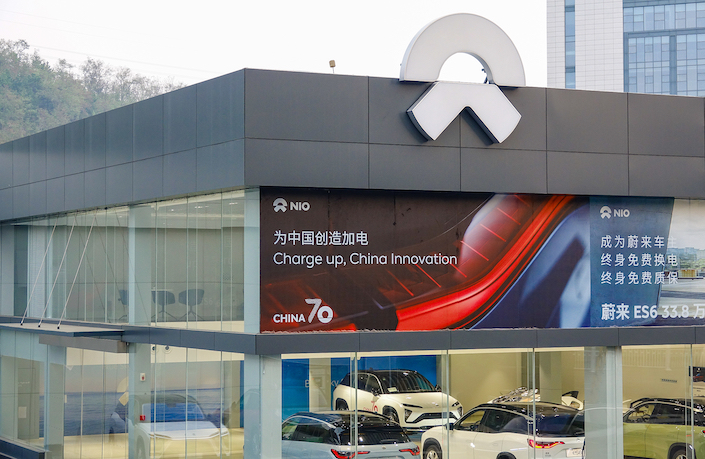 In March, Nio delivered 7,257 vehicles, representing a year-on-year increase of 373%. The March figure brings Nio’s total deliveries in the first quarter of the year to 20,060 vehicles, the most for any quarter, the company said in a statement released on Thursday.

The quarterly sales performance is in line with Nio’s original guidance of between 20,000 and 20,500 vehicles. Last week, Nio adjusted its outlook to about 19,500 vehicles due to a chip shortage which forced the company to halt production at one of its plants in China for five working days from March 29.

In the same month, Xpeng delivered 5,102 vehicles, up 384% year-on-year. The company also achieved record-breaking quarterly deliveries of 13,340 vehicles in the first three months of the year, beating its earlier forecast of 12,500 cars, according to a statement issued on Thursday.

The two Chinese automakers’ record-breaking quarterly figures could be seen as an indicator of consumers’ growing interest in homegrown new energy vehicles, but they are a drop in the bucket when compared with bigger rival Tesla. On Friday, Tesla announced that it delivered 184,800 vehicles worldwide in the first quarter, which the company said was helped by “the strong reception of the Model Y in China.”

Currently, Tesla only makes Model S and Model X cars at its factory in Fremont, California, while the smaller Model 3 and Model Y are made there as well as at its plant in Shanghai. The company did not break out sales by geography, but the U.S. and China are its largest markets and nearly all sales were contributed by the Model 3 and Model Y.