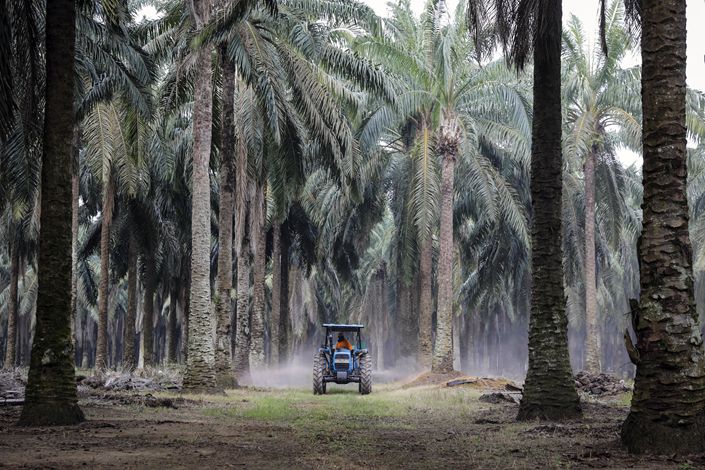 (Bloomberg) — Palm oil suffered another blow as Sri Lanka banned imports of the world’s most-consumed cooking oil and told planters to get rid of all the tropical trees in the country.

The island nation joined some other countries in bashing palm oil. The U.S has stopped inbound shipments from some top producers in Malaysia on allegations of forced labor in the second-biggest grower, while the EU plans to phase out palm-based biofuels by classifying the commodity from large plantations as unsustainable.

Sri Lanka’s President Gotabaya Rajapaksa ordered companies and other entities growing oil palm to remove the trees in a phased manner. They have been asked to uproot 10% of the trees each year and replace the fields with rubber or other environment-friendly crops, according to an official statement late Monday.

“Palm oil imports don’t help their cash crops, while oil palm plantations could lead to deforestation in the country,” said Gnanasekar Thiagarajan, head of trading and hedging strategies at Kaleesuwari Intercontinental. “Sri Lanka is a top producer of coconut oil and palm oil could pose a threat to that sector,” he said, adding the nation annually buys 200,000 tons to 250,000 tons of palm oil.

Sri Lanka’s Director-General of Customs has been advised to refrain from clearing palm oil cargoes, the statement said. At the same time, the cultivation of oil palm will be completely banned, it added.

“The members of the World Trade Organization cannot ban imports without proper justifications and the latest move could technically be challenged,” said Sathia Varqa, owner of Palm Oil Analytics in Singapore. “A temporary ban is fine but not a permanent ban as non-discrimination is the basic principle of the WTO.”

The country has around 11,000 hectares (27,181 acres) of palm plantations — just over 1% of the total area planted with tea, rubber and coconut, CAL Research said in a note.