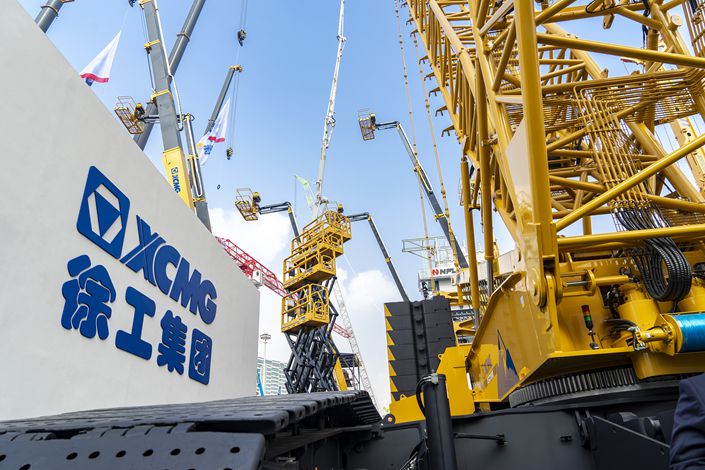 Xugong Group Construction Machinery Co. Ltd., China’s second-largest machinery-maker, is set to go public in Shenzhen via a backdoor listing, a move industry insiders said allows 16 newly introduced shareholders to get some of their money back after signing on for the company’s $3 billion mixed-ownership restructuring last year.

The Xuzhou-based Xugong Group will list in the southern technology hub by purchasing new shares issued by its subsidiary XCMG Construction Machinery Co. Ltd. (000425.SZ), according to a Tuesday filing to the Shenzhen Stock Exchange. Trading of the listed arm has been halted since Wednesday and no further details of the transaction have been disclosed.

Several industry insiders involved in the plan told Caixin the decision to list Xugong Group had been made before its two-year mixed-ownership reform was finalized in September last year. The listing plan appealed to investors as it provided them a chance to get some of their funds back, the sources added.

Then state-owned Xugong Group kicked off restructuring in 2018 after being ordered by the State-owned Assets Supervision and Administration Commission (SASAC) to undergo mixed-ownership reform, which aims to bring private-sector investment and management know-how into state-owned enterprises to improve their efficiency and operations.

Xuzhou Construction Machinery Group Co. Ltd. (XCMG) sold 65.9% of the stake it held in Xugong Group to a total of 16 strategic investors for 21.06 billion yuan ($3.22 billion), converting it from a wholly state-owned entity to a mixed-ownership corporation, marking the largest such overhaul in 2020.

Xugong Group is the second-largest excavator maker in China by market share, after privately-owned Sany Heavy Industry Co. Ltd. (600031.SH), which had a market cap of 296.5 billion yuan on Wednesday. Xugong Group’s parent company brought a majority stake in German pump-maker Schwing in 2012.

After the backdoor listing, Xugong Group’s business including excavator and concrete mixers will be incorporated into XCMG Construction, whose market cap stood at 58.6 billion yuan when its trading was halted on the Shenzhen bourse.