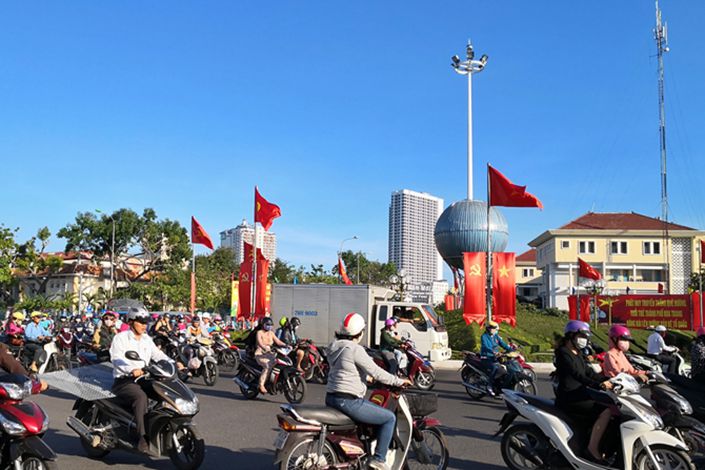 (Nikkei Asia) — Vietnam is proposing a pair of regulations that would compel global tech players such as Alibaba and Google to hand over more taxes and data, in a move to increase government oversight in one of the world’s fastest-growing digital markets.

One proposal would give state inspectors access to an e-commerce site’s internal data on merchants, while the second would introduce a tax collection regime deemed “onerous” and “concerning” by a trade group funded by the likes of Apple and Japanese e-commerce giant Rakuten.

While Hanoi has been trying to regulate Big Tech for years — especially those harder to reach companies based overseas — the two latest proposals specify the tools it would use.

In the case of taxes, Vietnamese officials plan to go where the money is: banks.

The pending regulation, known as a circular, would require banks in the country to sift through clients’ accounts and withhold taxes on any payments made to foreign companies for e-commerce and digital services. If a Vietnamese consumer buys a Netflix subscription, for example, her bank would deduct a portion for tax and pass on the rest to the U.S. streaming company.

To avoid having payments docked in this manner, businesses outside Vietnam will be able to register with the government through a web portal that is expected to come online later this year and file taxes themselves.

Business groups, however, have voiced concern about the proposed measure.

“Certain provisions in the draft circular are concerning and overly complex, which will likely result in onerous and unnecessary burdens throughout the value chain, including on Vietnamese customers,” said Jeff Paine, managing director of the Asia Internet Coalition, whose members include Airbnb, Yahoo and Line, the Japanese chat app operator.

Netflix told Nikkei Asia that talks with Vietnamese officials over the issue are “ongoing.”

“It’s for governments to decide the rules on tax -- and in every country in which we operate, Netflix respects those rules and complies with applicable laws,” a spokesperson said. “We have met with and continue to have ongoing conversations with the Vietnamese tax authority on these matters.”

The other legal proposal focuses on e-commerce platforms, which would be forced to create a search function giving the government access to their records on third-party merchants. The idea is that authorities could search these records when investigating alleged sales of counterfeit goods and other infractions by online merchants.

The proposal has raised questions of enforcement and privacy. Analysts say it is hard to see how e-commerce players can be forced to develop a search tool for the government.

“I share the concerns regarding the feasibility and sensibility of this requirement, especially when this rule applies to the cross-border platform,” Baker McKenzie partner Tran Manh Hung told Nikkei Asia.

Amazon, Alibaba’s Lazada and Shopee, which is owned by Singapore’s Sea group, declined to comment.

While businesses may be wary, the two measures do have their supporters. Online shops have “a huge counterfeiting problem,” so it is fair for Vietnam to introduce solutions like the search tool to combat the problem, said Long Pham, manager at Access Ventures, which invests in tech companies.

He said it is also fair to tax companies that profit from Vietnam’s market of nearly 100 million people but book their profits in lower-tax jurisdictions.

Countries have long tried to reach a global consensus on taxing tech corporations that are untethered by borders, most notably through the Organization for Economic Cooperation and Development. After long delays, an agreement looks increasingly likely now that there is a new administration in the White House that is more supportive of the OECD talks. U.S. Treasury Secretary Janet Yellen on Monday called for a global minimum corporate tax to discourage tax evasion.

The internet coalition recommended that Vietnam wait for an OECD plan before implementing its own tax collection regime.

However, it is likely that in the short term the Southeast Asian country will make an example out of one or two tech whales, said Matt Lourey, managing partner at Acclime, a tax and business advisory. He said that the companies will either comply with the new tax rules, encouraging smaller players to follow suit, or be punished, such as by having their websites blocked in the country.

“These new reinforcements of anti-counterfeiting [rules] would actually help local brands, just as the new tax laws are helping local companies to win over local consumer markets by leveling the playing field,” he told Nikkei Asia.