Top Tencent Holder Prosus to Sell Up to $14.6 Billion of Its Stake 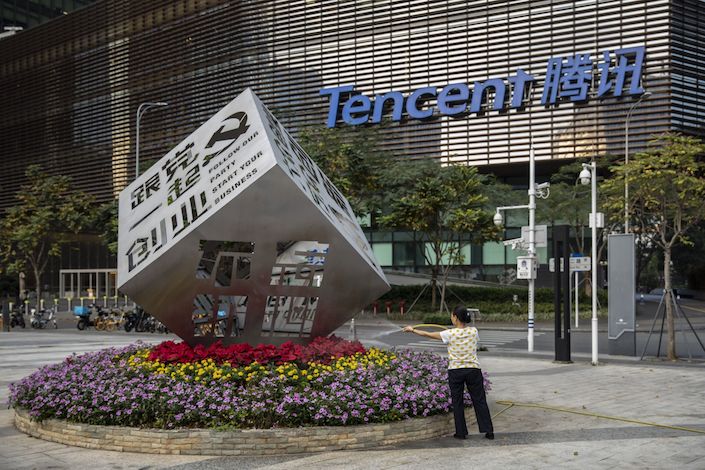 (Bloomberg) — Prosus NV plans to raise as much as $14.6 billion from the sale of shares in Chinese internet giant Tencent Holdings Ltd., further fortifying its war chest for new e-commerce deals.

The Amsterdam-listed company will sell a 2% stake in Tencent, reducing its holding to just under 29% while remaining the biggest shareholder, according to a statement issued Wednesday. The price range was set at HK$575.00 to HK$595.00, a discount from the last trading price of HK$629.50.

The sale will bolster Prosus’ coffers at a time when e-commerce is booming, with the coronavirus pandemic increasing online demand for everything from shopping and food delivery to education. The company already has assets in those sectors alongside the likes of payment services, and it has long been on the hunt for further acquisitions.

“The group has some really interesting investments in India’s e-commerce space, so perhaps that is where some of the capital will go,” said Nick Kunze, a senior portfolio manager at Sanlam Private Wealth. “They now have the war chest to implement on the opportunities.”

The fundraising may also give Prosus another shot at securing a mega deal, having failed in two high-profile takeover battles over the past 18 months. The company lost an $8 billion battle to buy U.K. food group Just Eat Plc to Takeaway.com at the start of last year, and in July it was beaten in a $9 billion auction for EBay Inc.’s classifieds business by Norwegian rival Adevinta ASA.

Prosus shares traded 4.1% lower as of 12:12 p.m. in Amsterdam. The sale of Tencent shares at a discount suggests the Chinese company’s stock is likely to fall when trading in Hong Kong opens Thursday. That is having a knock-on effect on Prosus, according to Roy Topol, a portfolio manager at Johannesburg-based Cratos Capital.

Prosus is cashing in on one of the all-time great venture-capital deals. Naspers Ltd., the company’s Cape Town-based parent, invested just $32 million in Tencent in 2001 when it was an obscure internet startup. The shares are now worth about $239 billion.

While the decision made Naspers the most valuable company in Africa, its market capitalization of about $109 billion lags well behind the value of the Tencent holding. The creation of Prosus was partly designed to narrow that discount, but the Amsterdam-based company too is dwarfed by the size of the stake in the WeChat creator.

Prosus has committed not to sell any further Tencent shares for at least the next three years, the company said. Naspers sold a similar size stake in 2018, a year before rolling the shareholding and most of its other businesses into what is now Prosus.