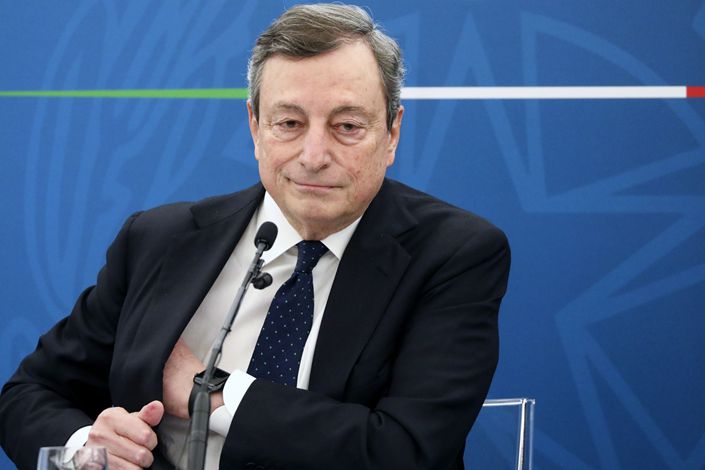 (Bloomberg) — The target of a Chinese takeover bid blocked by Italian Prime Minister Mario Draghi last week was a small semiconductor firm based near Milan.

Shenzhen Invenland Holdings Co. notified Italy’s government that it had acquired a 70% stake of LPE SpA on Dec. 21, 2020, according to a decree signed by Draghi and the development ministry opposing the takeover dated March 31. It was seen by Bloomberg and authenticated.

LPE CEO Franco Preti declined to comment, as did a government spokesman and a spokeswom-an at the development ministry.

During a press conference on Thursday, Draghi said that Italy had recently invoked its so-called Golden Power in the semiconductor sector, without naming the companies involved. It was the first time his government used this power to block the foreign takeover of a company.

In explaining the decision, Draghi said, “shortage of semiconductors led many automotive com-panies to slow down production last year, so that became a strategic sector.” He added, we need to use the veto “when it is needed and when the law allows for it.”

Mario Draghi, Italy's prime minister, pauses during a news conference in Rome, Italy, on Friday, March 19, 2021. Draghi said a 32 billion euro ($38 billion) pandemic relief package for businesses approved on Friday will be followed by further stimulus for the economy.

LPE designs and makes epitaxial reactors for power electronics applications. Epitaxial reactors are crucial in the semiconductor industry since they allow a first chemical and thermal treatment for silicon, making it ready for chip manufacturing. LPE’s silica reactors can “find application in military field,” the decree says.

STMicroelectronics NV, the French-Italian chipmaker, is among LPE’s main clients, according to people familiar with the matter. LPE provides STMicro with epitaxial reactors, they added.

With the coronavirus-induced slump hastening the interest in takeover bargains in Europe by U.S. and Chinese companies, governments in Berlin, Paris, Madrid and Rome have all increased powers to veto investment from outside the European Union to protect prized companies; and the bloc has begun ushering in continent-wide rules for screening takeovers on security grounds.

Draghi told reporters he backed an earlier call by Economic Development Minister Giancarlo Giorgetti for Italy’s special veto powers to be extended to the automotive and steel sectors.

LPE’s main facility is in a small town called Baranzate, about 15 miles from STMicro’s Italian headquarters at Agrate Brianza. The company employs about 50 people, and full year profits in 2019 were 6.8 million euros. Full year sales for that year were about 28 million euros compared with 52 million euros in 2018.

Since its establishment in 1972, LPE says on its website that it has created networks across Eu-rope and Asia, and has an office in Shanghai.

The company has holdings in Sweden-based Ascatron AB and Kiselkarbid AB and in U.K. based companies, according to filings to the Milan chamber of commerce.

The 10-page decree refers to notes from Sweden and Holland as well the EU commission, which it cites as saying that the takeover would “undermine the security of more than one member state.”

Also, LPE’s compound semiconductor chains are made of elements such as silicon carbide and gallium nitride, which the decree says “are available to a few competitors.”

Among other reasons listed in the document against the takeover is the shareholder agreement, which it says gives priority to the Chinese company for LPE orders, despite having been revised. It takes issue with Shenzhen’s ability, as the majority shareholder, to determine LPE strategy.

Over all, the decree says, the conditions of the sale are “unsuitable to assure security and conti-nuity of supply” in Italy and Europe.